The performing arts and all they entail open up the possibility to any number of opportunities after graduation. While some students continue working on their specific craft, others take the fundamental skills they’ve developed from studying the arts and go in different directions.

Ahead of Commencement this weekend, graduating Tar Heels Christian Boletchek, Nijah Poteat and Isabella St. Onge shared their experiences studying the arts at Carolina and what they’ll be doing next. 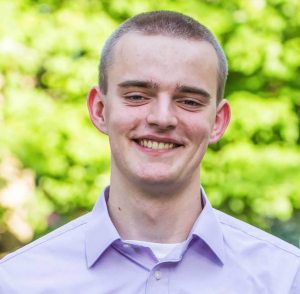 When deciding on where to go to college, Christian Boletchek knew he wanted to stay local. He’d grown up in Apex, North Carolina, and had encountered UNC-Chapel Hill’s trombone professor Michael Kris a handful of times. “I already felt like I had a lot of solid connections — not just at UNC but in the Triangle area — and I wanted to stay local if I could,” he explains.

Although he studied music performance at Carolina, he found his true calling in music education. “Going into it, I assumed every performer like me enjoyed teaching, but as I found out, that wasn’t the case,” he explains. “I thought, ‘Huh, maybe I have a natural inclination for this.’”

Staying in North Carolina for college has allowed Boletcheck to work with local schools’ marching bands. That work exposed him to “music educators who are at the top of their game,” but he’s also been able to enjoy working “with students on a more personal level than you might be able to in a classroom setting.”

During marching band rehearsals, the director often observes the field from the press box to get the big picture, so it’s critical to have educators like Boletchek on the ground to work one-on-one with the students. “That provides an opportunity to develop a healthier bond than people might get in the box,” he says.

After graduation, Boletchek will be relocating to Roanoke Rapids, North Carolina, where he’s accepted a position teaching middle school band and chorus. 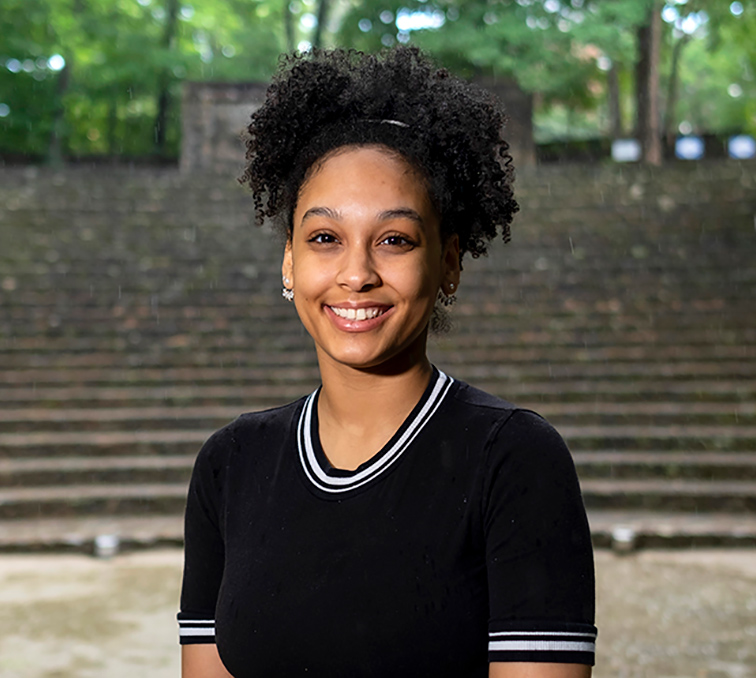 Nijah Poteat has always loved singing. But it wasn’t until she got to Carolina that she found her voice on the page. An introductory fiction class excited her so much that she decided to minor in creative writing. Now, in her senior year, she’s crafted the spoken narrative that structures UNC Opera’s spring performance of “Atlas.” “It’s interesting to try and capture not just your truth, but everyone’s truth. There are the facts, and then there are perspectives,” she explains.

During her time at Carolina, Poteat worked with the PlayMakers Repertory Company, where she discovered a passion for nonprofit work. “I really like outreach and helping the youth,” she says. In high school, she gave volunteer vocal lessons, and she was able to continue working with young kids during her time with PlayMakers. “Working in a theatre gave me the opportunity to encourage kids and help them,” she says.

Now, she’s interested in blending her vocal performance major with her interest in nonprofit work.

Poteat plans on relocating to Atlanta after graduation. “It’s a great city for music,” she says. In addition to her future nonprofit work, she wants to pursue music for herself. She’s been writing songs long before she knew how to compose on the page. “I would write the lyrics out, and then I would draw lines up and down to remember the contour of the melody when I came back to it,” she says. But thanks to her music composition classes at Carolina, she now knows how to write for a multitude of instruments. “If I want to incorporate strings or brass or winds into the music, I know how to do that.”

Both her major and minor have helped Poteat understand the technical and creative work behind writing music, but the end result is meant to frame her true instrument — her voice. “I want to approach songs as poetry, and then I refine the song to fit within my voice,” she says. 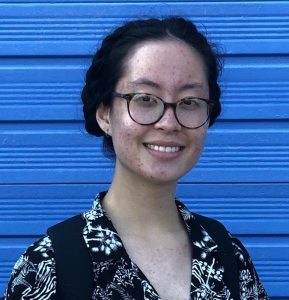 Isabella St. Onge grew up in a house stacked with books about fashion and art thanks to her mom, who earned her Master of Fine Arts in costume design. “It never occurred to me that costume design wasn’t an option,” she says. St. Onge learned to sew at seven. In high school, she sewed her own historical costumes for art projects. When it came time to apply to university, she wanted something more academic than a strict arts program, though. “At UNC, I realized I could do student theatre, and I could do my work-study in the costume shop,” she says.

St. Onge chose to double major in English and theatre because she wanted to understand how character and emotion could influence costume design. “I think a lot of theatre costume people can get sucked into the practicality of things, like how to get it on and off, and that’s really good for theatre, but I also want to bring some of the, ‘Why were they wearing this? And what were they thinking in wearing this? And how can that help actors be better onstage?’”

After graduation, she’ll spend the summer as a costume stitcher at the Utah Shakespeare Festival before beginning a historical costume grad program at Arts University Bournemouth in the UK. Like St. Onge’s Carolina career, the program also has an academic focus. “I’m going to get to look at garments and count stitches and look at what dyes were used, which really appeals to the academic side of my brain.”

Eventually, St. Onge would like to work in television or film. In fact, the Netflix series “Bridgerton” has hired several Bournemouth grads to work on its costumes, a possibility that excites her. But her dreams don’t stop there. “I would love to have my own costume atelier, so Broadway shows could bring designs to me and commission me to do things, or I could have my own costume designs,” she says.