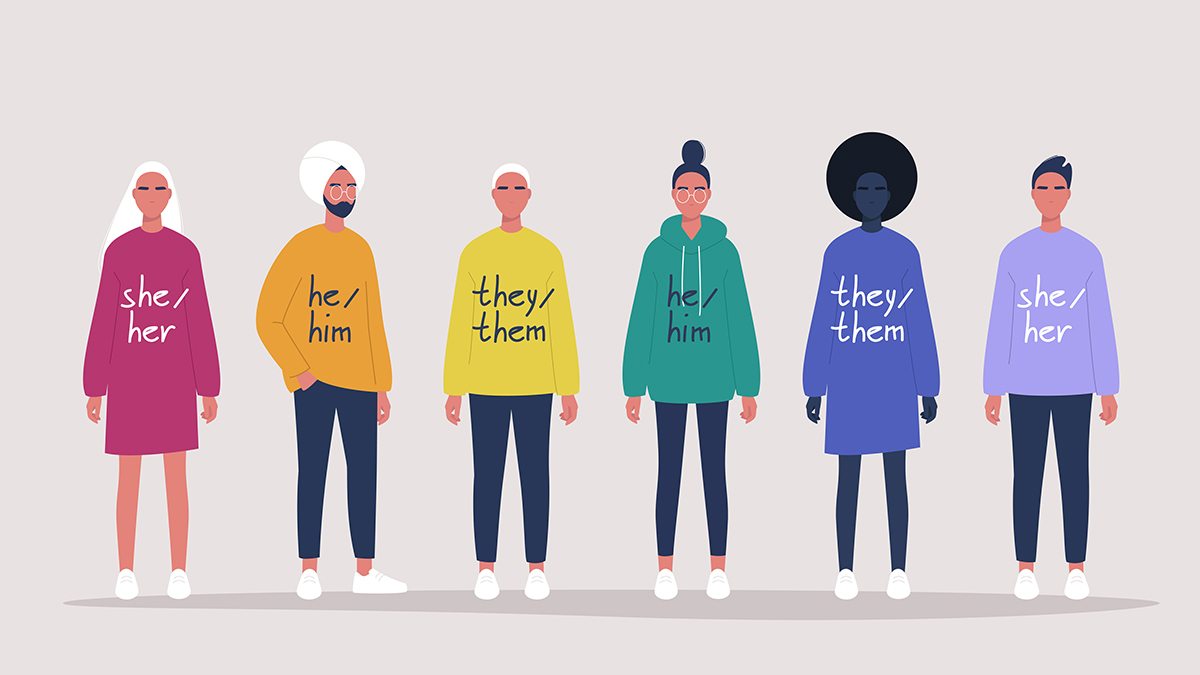 A growing number of people use they/them pronouns to signal their gender identity, but for many people, use of “they” to refer to a single individual takes some getting used to.

Results of a recent University of North Carolina at Chapel Hill study showed the social trend of announcing preferred pronouns, which is often seen in email signatures, Twitter bios and Zoom settings, improves how pronouns are understood.

“Announcing one’s pronouns matters, and explicitly saying that someone uses they/them pronouns increases the chance that others will successfully interpret the pronoun in this way in the future,” said Jennifer Arnold, a UNC-Chapel Hill professor of psychology and neuroscience who led the study published in Psychonomic Bulletin & Review.

There is a psychology of language and Arnold studies the mental steps that underlie the way we process language.

Singular “they” has been around for centuries. But its frequency and range of uses are expanding to those who identify as non-binary, that is, those who do not exclusively identify as male or female. Using the pronouns that a person goes by is considered a sign of respect.

Still, sometimes people can use the wrong pronoun without realizing it or meaning any harm.

During experiments, 184 participants from the United States, United Kingdom and Australia read short stories such as “Alex went running with Liz. They fell down.” Answers to “Who fell down?” indicated whether the participants interpreted they as Alex or Alex and Liz.

Singular responses were found more often when Alex was either the only person in the story or when Alex was mentioned first. When Alex was listed as second, the rate of assigning singular interpretations was very low, occurring about 20% of the time. It was especially hard to get without instruction about preferred pronouns.

The singular interpretation was stronger — in some experiments doubling the chance of getting pronouns right — when participants heard explicit instructions that Alex uses they/them pronouns. However, participants in all experiments had the opportunity to learn this through observation and illustrations.

“We found that people adopted the singular interpretation more often when they had been explicitly told a person uses they/them pronouns in comparison with people who just figured it out from the context of a conversation,” Arnold said.

The National Science Foundation and the Department of Psychology and Neuroscience in the UNC-Chapel Hill Colleges of Arts & Sciences provided funding for the study.