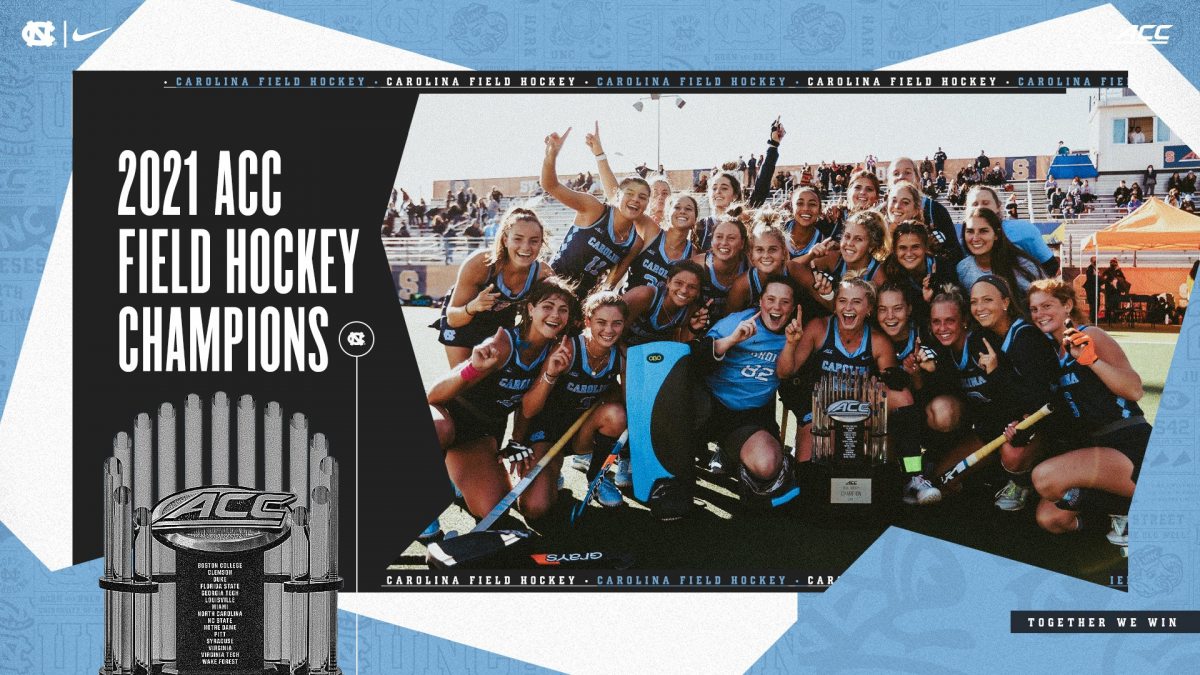 SYRACUSE, N.Y. – For the fifth year in a row and the 24th time in program history, UNC-Chapel Hill celebrated an Atlantic Coast Conference Field Hockey Championship on Sunday, beating Virginia 1-0 on a sunny afternoon at J.S. Coyne Stadium.

The title earns the Tar Heels (13-6) an automatic NCAA Tournament berth. The 2021 bracket will be announced at 10 p.m. Sunday evening on ncaa.com.

Both third-seeded Carolina and fifth-seeded Virginia had to pull off upsets and wait out delays – Thursday’s quarterfinal games all were pushed back 90 minutes because of icy conditions – to earn the right to play in Sunday’s 50-degree temperatures. Virginia beat top-seeded Louisville in a penalty shootout on Friday and Carolina knocked off second-seeded Syracuse, the tournament host, to advance to the final.

“Congratulations to Virginia for making it to the final,” Carolina coach Karen Shelton said. “This defensive battle could have gone either way. I’m so proud of our kids – they found a way to win. I thought it would be a matter of who scored first and once we got a goal I felt good about our chances.”

Senior forward Erin Matson scored the Tar Heels’ lone goal and was named Tournament MVP for the second year in a row. She scored the gamewinner in all three tournament victories, totaling six goals and assisting on the team’s two others to set an ACC Tournament record with a total of 14 points. Senior midfielders Meredith Sholder and Cassie Sumfest and freshman goalkeeper Abigail Taylor joined Matson on the All-Tournament Team.