I’m writing today in celebration of two trailblazing pioneers who left an indelible legacy at Carolina. We honored them today and reflected on their many contributions to our community and beyond.

In 1930, a recent Carolina graduate named Henry Owl walked into the Swain County registrar’s office holding a copy of his master’s thesis. Henry Owl wanted to register to vote, and he knew that local authorities were using an unconstitutional literacy test to keep Cherokee citizens away from the polls. He thought a just-completed UNC-Chapel Hill thesis would be more than enough proof that he met the requirement.

He was turned away, but that’s not where Henry Owl’s story ended. He testified before Congress about discrimination against American Indians, and lawmakers responded with new legislation that strengthened voting protections for Cherokee citizens. He became a lifelong educator and advocate for American Indians and an inspiration to students in his home community. Now, Henry Owl’s name will be etched in stone here at Carolina. 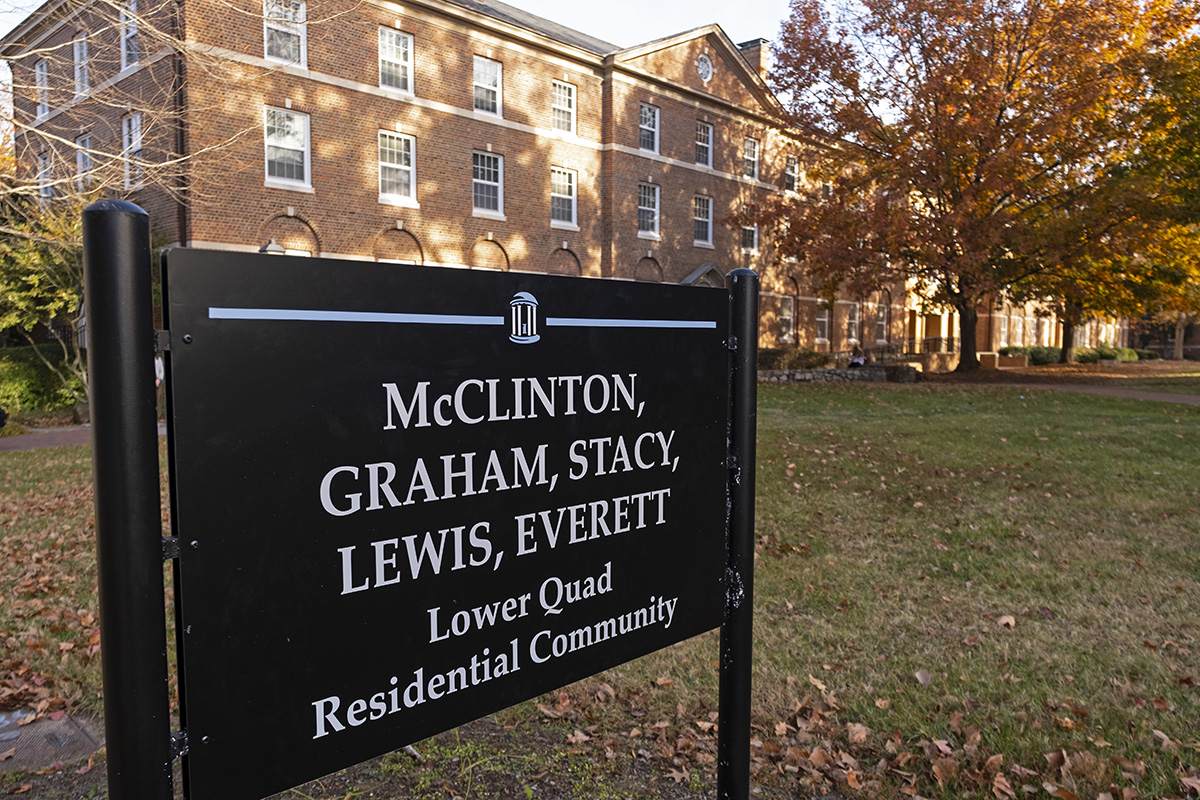 A new pedestrian sign on the campus of the University of North Carolina at Chapel Hill now includes the McClinton Residence Hall. The building was renamed to honor Hortense McClinton, the first Black professor hired at Carolina. (Jon Gardiner/UNC-Chapel Hill)

Hortense McClinton taught for 18 years in the School of Social Work, retiring in 1984. She’s now 103 years old and when I called her three weeks ago to share this news, she was both ecstatic and humbled. Hearing her story firsthand was one of the highlights of my semester. She will be very glad to see her name greeting a new generation of students as they head off to class every morning. In an interview for the Southern Oral History Program in 2011, McClinton talked about how much she loved working with students, and how she wanted Carolina to become a place where people from all backgrounds could mix and learn from each other.

She spoke about her admiration for faculty colleagues who fought for change during a turbulent era. “I do think people tried very hard to do what was right at that time,” McClinton recalled. “I also think that a lot of the faculty members in the University itself had some vision to try to see something different and they were working underneath.”

The naming of Hortense McClinton Hall and the Henry Owl Building comes after years of advocacy by students, faculty, staff and alumni who have called for recognition of those who represent the values that define the University. I’m grateful to the Board of Trustees for accepting my recommendation and honoring Hortense McClinton and Henry Owl, and I hope you’ll read more about these incredible individuals. It’s important to learn from the people who lived out our highest ideals.