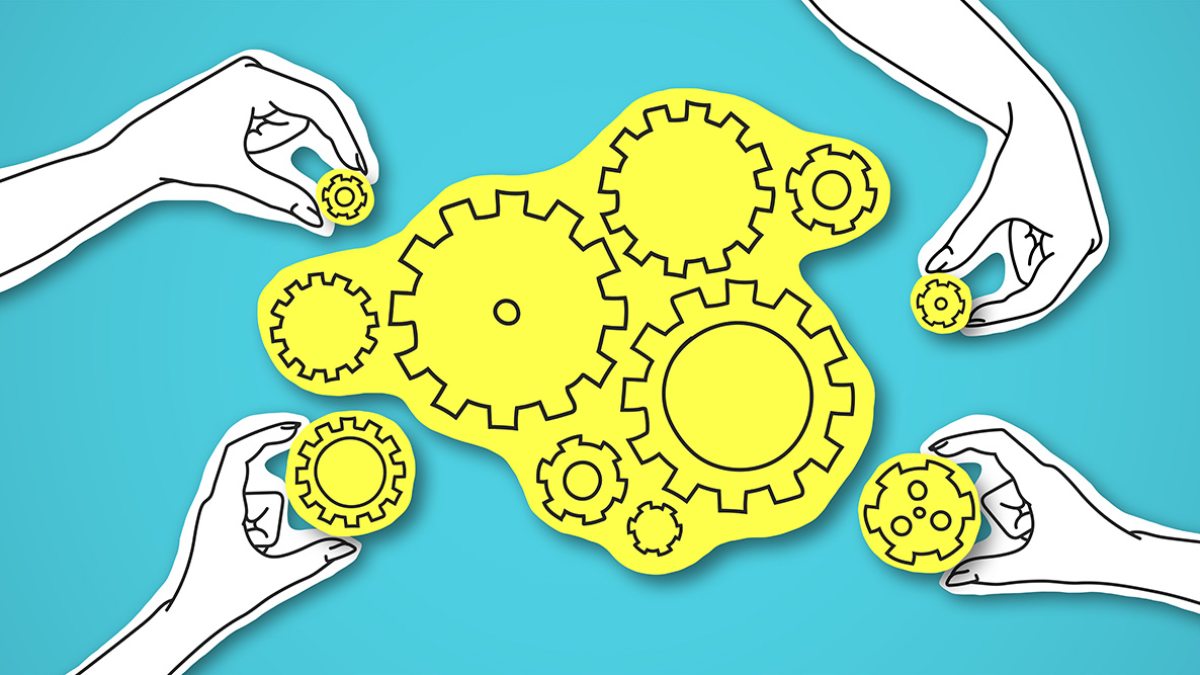 As graduate students, Hiba Fatima and Sharita R. Thomas have always been interested in researching maternal health and alarming trends showing the rise of maternal deaths in minorities in North Carolina.

But they didn’t want to just report on statistics. They wanted to paint a complete picture that drew on social factors, history and trends to find ways to address the pressing issue. So when the two doctoral candidates learned about systems thinking in a class taught by UNC Gillings School of Global Public Health’s Kristen Hassmiller Lich, they found their avenue to do just that.

“Systems mapping is a method informed by systems thinking,” Fatima said. “It uses several tools to visually map a system — all the interacting forces and individual events, the way people think about things and trends over time — and brings them all together to give a holistic view of the system. Systems thinking is a particularly good fit for this problem because there are so many different things interacting to make this problem happen.”

A competition hosted by Innovate Carolina, UNC-Chapel Hill’s central team for innovation, entrepreneurship and economic development, gave the students a chance to use the innovative approach to address the problem they saw.

The competition, called Map the System, is hosted locally by Carolina as part of a global competition run by the University of Oxford. It challenges students to use systems thinking to understand complex social or environmental concerns and articulate their findings in a way that people can understand and learn from. Throughout the process, students uncover knowledge gaps, identify levers of change and present insights that can shape solutions.

“This competition is an excellent way for students and faculty to use problem mapping and systems thinking to uncover new and often surprising insights about pressing social issues,” says Melissa Carrier, director of the UNC Office of Social Innovation, who worked to bring the competition to the University in 2020. “By doing so, we can identify opportunities to think and act differently to make critical changes in how we approach public health, the environment, social justice and other areas of global concern.”

The competition was a perfect fit for Fatima and Thomas because they were driven to research maternal health in a new way and are naturally competitive people. They quickly formed a team that also included fellow Carolina doctoral candidate Doyoung Kim and two doctoral candidates from NC State, Sana Behnam Asl and Raunak Mahtani.

The five students spent the next several months conducting interviews and organizing their research to produce a paper and a presentation for the competition. Over the course of the project, Fatima said that team — which called themselves Maternal Mortality — looked at the root causes of maternal mortality and health equity and examined current interventions already in place in North Carolina.

Map the System gave them the platform to move the needle on interventions like doulas and show the way forward to new solutions.

“What’s exciting about the system thinking approach is that this stuff isn’t new, but it’s a new way of putting it all together so that you’re able to see things from a different perspective,” Thomas said.

Read more about the research project at Innovate.unc.edu

The team’s work ultimately earned them first place in the Carolina Map the System competition and qualified them to compete at the global competition at Oxford University last June with financial support from Innovate Carolina.

“We’re really proud of the work we did, more so because we were passionate about it, found meaning in what we were doing and saw how it could be useful within the state,” Thomas said. “But we were really surprised to win and humbled by that.”

Fatima and Thomas were the only members able to attend the competition in London, but the two Tar Heels made the most of the opportunity to continue learning about systems thinking while presenting their work abroad. The trip was also an opportunity to network and hear about research being conducted by more students from all over the globe.

“It was jampacked programming while we were there,” Fatima said. “There are some networking sessions. They had workshops for us. They had a lecture.”

Kimi Yingling, Innovate Carolina’s student engagement and events manager who traveled to London with Fatima and Thomas, says that the immersive experience offered during the trip to Oxford was more than a chance to compete. It was also a chance for students to learn and expand their horizons.

“During the weekend in London, our students took full advantage of the many chances to meet and learn from other students, professors, business and policy leaders, and changemakers from all parts of the world,” said Yingling. “Students bring their own ideas and research to the competition, and then through all the amazing sessions and interactions that they have, they learn about new problems and perspectives and walk away inspired to use systems thinking in ways that they’d not yet considered.”

Although the competition has ended, the team’s work hasn’t. They still plan on fine-tuning their research for publication. Looking back on the past year, Thomas said she’s grateful for the extra encouragement from the Map the System competition to conduct the research that can make an impact on our state’s citizens.

“I would say 100% it was worthwhile,” she said. “It was 100% worth the time and effort. Not only because of the result but because there are so many other ways to learn aside from your class activities and assignments you have and being able to apply it to the real world.”

Registration for Map the System opened on Nov. 1 and will close in January. The winning team from local finals will represent UNC-Chapel Hill at the finals at Oxford University in June. Innovate Carolina will fund a travel stipend.

An information session on the competition will be held on Jan. 25 at 4 p.m. at Graham Memorial

Learn more about registration at innovate.unc.edu