Members of the campus and local community joined University leaders in the Pit on Nov. 21 to dedicate a memorial to James Lewis Cates Jr.

Cates, a 22-year-old Black man from Chapel Hill, was killed in an act of racial violence on Nov. 21, 1970, after attending an on-campus dance meant to improve race relations. The memorial, located near where Cates was stabbed in the Pit 52 years ago, is the result of decades of advocacy from Carolina students and community members.

“When James Cates died as a victim of racial violence more than 50 years ago, many in our community were not even aware of his death,” Chancellor Kevin M. Guskiewicz said at the ceremony. “For decades, members of the Cates family, our campus community and officials from the Town of Chapel Hill have worked to shed light on what happened that awful night. We would not be here today without the advocacy of our students, faculty, staff and the Cates family.”

The dedication of the memorial bolsters Carolina’s efforts to create a more inclusive community by continuing to tell the University’s full story.

Cates’ cousin, Congresswoman-elect Valerie Foushee, shared remarks on behalf of the family at the dedication ceremony and thanked the community members who helped make the memorial a reality.

“The dedication of this memorial ensures that James Cates’ life will not be forgotten,” Foushee said. 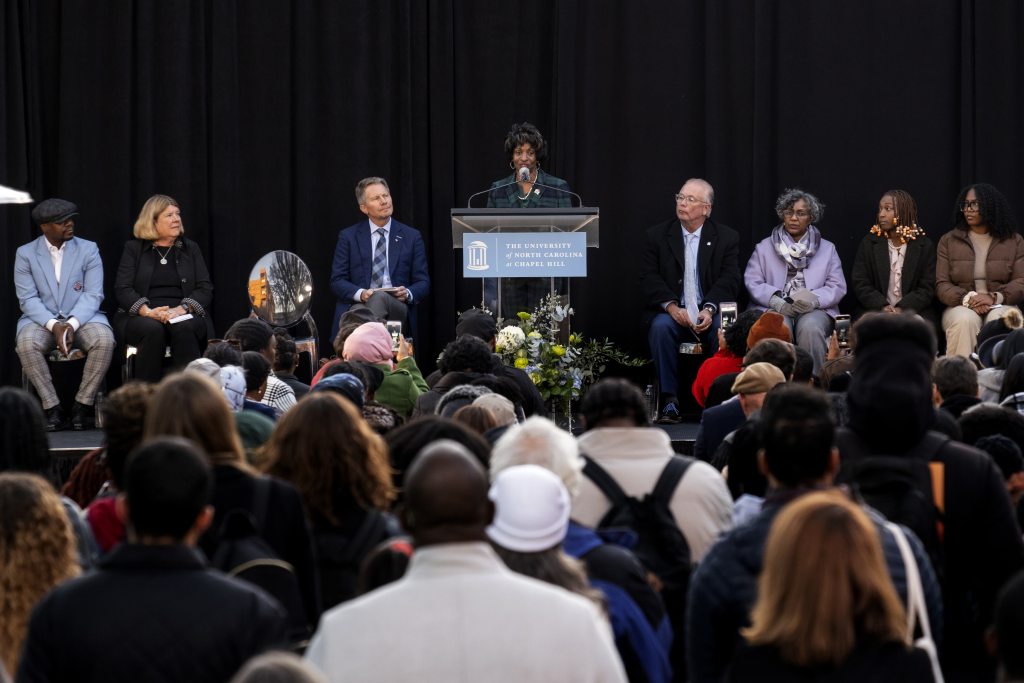 During the ceremony, Carolina’s student body president Taliajah Vann spoke about how Cates’ death marked the loss of a Northside community member who would have been a leader to her generation.

“In a perfect world, we would see his dreams fully realized today and would have him here as an elder to share the beauty of his life on his own,” Vann said.

The president of Carolina’s Black Student Movement, Julia Clark, said that the love of family and community has kept Cates’ memory alive for the last 52 years. The new memorial, which reads, “Our community dedicates this memorial in honor of James Cates, whose life has not been and will not be forgotten,” will help carry that memory forward for generations.

“I want you to know, Mr. Cates, though hate may have taken your life, love has sustained your memory,” Clark said.

The Voices of Praise Gospel Choir performed during the ceremony, and at the conclusion, family members laid flowers on the memorial. The community was also invited to lay flowers in honor of Cates. The Pit remained illuminated throughout the night after the ceremony. 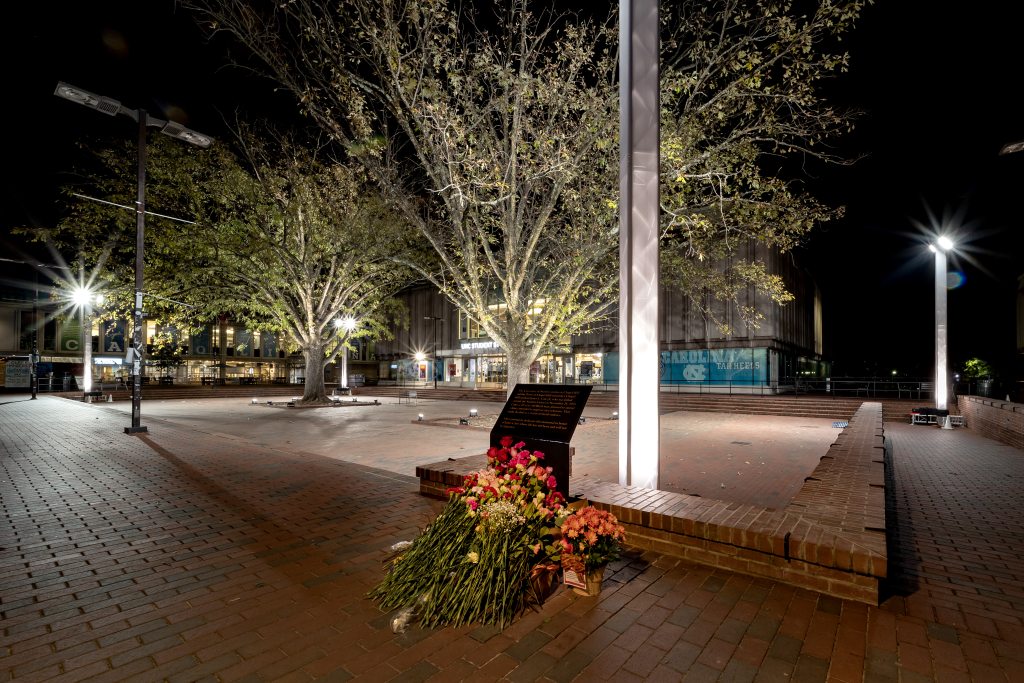 The Pit remained lit throughout the night after the ceremony. (Johnny Andrews/UNC-Chapel Hill)