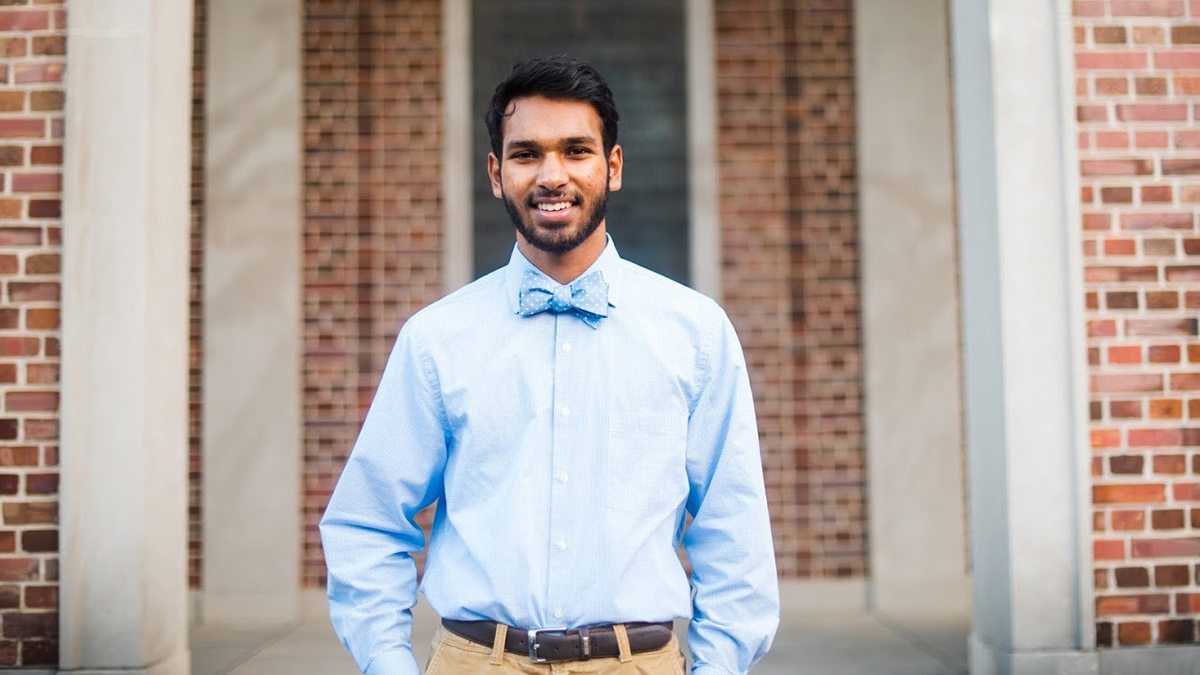 When senior Gokul Dass accepted a job in December at consumer products company Reckitt Benckiser, he had no idea how much the world would change, or much his future employer would be thrust into the national spotlight in the months that followed.

Reckitt Benckiser is the parent company of products such as Lysol, Air Wick, Dettol and Finish. Disinfectants like Lysol have become increasingly in demand during the COVID-19 pandemic.

Workers at a Lysol manufacturing plant in Somerset County, New Jersey, told The Wall Street Journal in an April 22 article that they now see their work as a calling and an important responsibility. That sums up how Dass is feeling, too.

The economics major and entrepreneurship minor will be working as a territory manager to make sure RB products are stocked in Walmart stores in Fort Worth, Texas. With the global pandemic, health, home and hygiene sectors have seen huge increases in sales, but they are struggling to keep up with demand.

“The supply chain for grocery stores, supermarkets and stores like Walmart and Target has become more complex and complicated. No one planned for a pandemic,” he said. “I have a newfound respect for what these workers are doing, and I’m even more excited to be working with them now.”

Dass, a Cary native, was always interested in the intersection of marketing and data. An internship last summer at Anheuser-Busch InBev in New York City — living with three other Tar Heels in a 400-square-foot apartment — confirmed his interest in the consumer products industry.

His favorite class, and the favorite lesson he’s taking away from Carolina, comes from the spring entrepreneurship capstone he took with Bernard Bell, executive director of the Shuford Program in Entrepreneurship.

“We focus on vulnerability and being your truest self. We focus on life skills and all the things you wished someone would teach you along the way but never did,” Dass said. “The one thing he said in almost every class was, ‘No one cares how much you know until they know how much you care.’ I really understand that now. You have to show who you really are before you show them what you know.”

On campus, Dass has been involved with the Residence Hall Association and Carolina Dining Services’ Student Dining Board where he has learned to hone his leadership skills. His economics classes have taught him hard skills like understanding mergers and acquisitions, but more importantly, he said, they’ve taught him how to think.

“My specialty is getting at the crossroads of analytics and creativity — understanding what the numbers are and how I can translate that into creative ideas,” he said. “Carolina has prepared me for the next chapter in my life — understanding how to think and how to learn.”

Dass said he is disappointed that his senior bucket list items have been all been put on hold. As he ended the semester with remote learning, he said he spent a lot of time reflecting on what Carolina has meant to him. He wrote thank you emails to people who were important in his Carolina journey.

And even before spring break, long before students were not allowed to return to campus, he had started to cherish simple moments.

“When walking between classes or going to Lenoir or waiting for the bus, I just tried to put my phone away and look up. Carolina is a beautiful campus, and I was just trying to put everything aside and let it all soak in,” he said.

For Dass, who has never lived outside of Cary and Chapel Hill, the next chapter in his journey, moving so far from home, will be a learning experience.

Meanwhile, he’s trying to stay positive, and he offers these parting words for fellow seniors:

“Hold on tight and be optimistic. This is the next chapter of our lives. The mindset that we go into it will determine how we come out of it.”

Read more stories about the College of Arts & Sciences