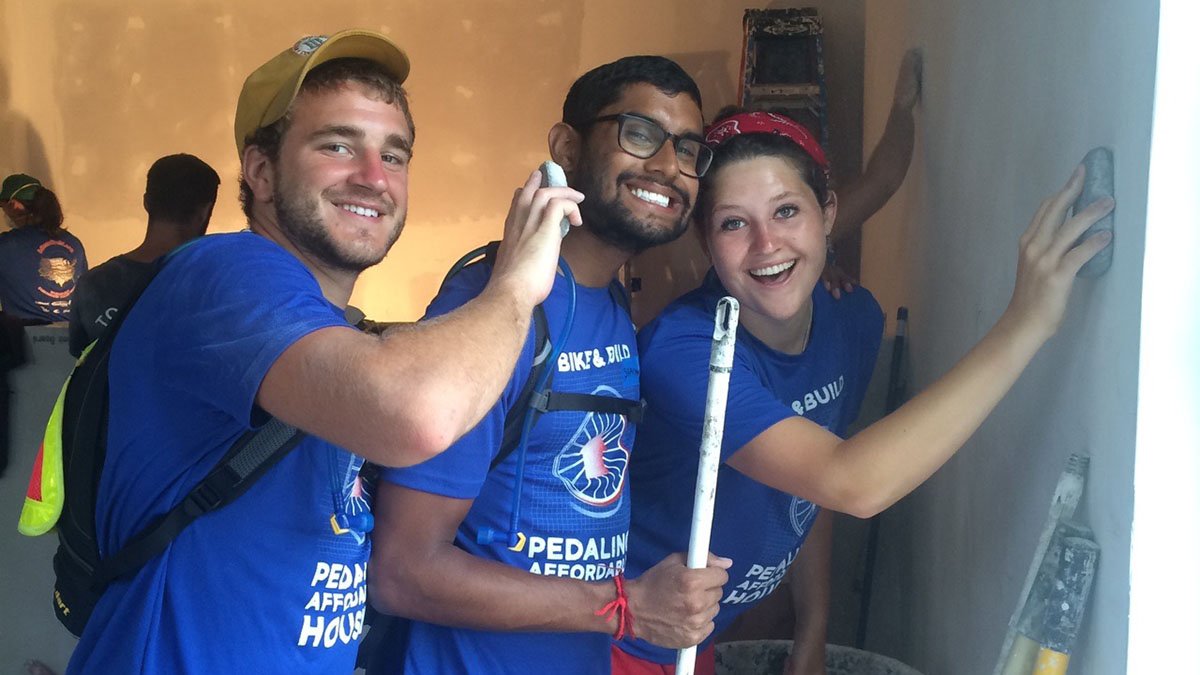 There is no love lost when it comes to competition between the Tar Heels and Blue Devils. Whether it’s on the field, court or anywhere along Tobacco Road, the rivalry always takes hold.

Another example: A group of Duke and Carolina students are hoping to tap into that competitiveness to provide affordable housing for local families.

In the weeks between the first Carolina-Duke basketball game — which the Tar Heels lost 74-73 on Feb. 17 — and the second regular-season match-up on March 5, Habitat for Humanity organizations from both universities are going head-to-head to see who can raise the most money for their organizations.

“It’s extremely difficult to even come close to our basketball level, but we think that there’s so much good energy in this rivalry that people love to channel it into the surrounding communities,” said Alex Mitchell, co-chair of UNC Habitat for Humanity.

Money collected during the “Duke versus UNC Habitat Challenge” will go toward purchasing supplies that will be used for local Habitat for Humanity projects. Last year, the groups collectively raised more than $2,000 for the Orange and Durham County organizations.

“It’s a whole lot of wood and a whole lot of nails, and a lot of stuff that goes directly into the house,” Mitchell said of the donations. “That might be a couple of rooms or the foundation.

“We need to help get supplies for the houses. The houses aren’t free. They’re affordable. We garner donations and we help the individuals who are trying to get affordable housing have a much more affordable rate.”

An affiliate of the Orange County Habitat for Humanity, Carolina’s organization and its volunteers helps build one home in the Efland Tinnin Woods Development per semester.

“[Orange County Habitat] is the overarching organizer that builds the communities, and they levy us — our volunteers and our donations — to help them build houses,” Mitchell said. “We provide them with sweat labor through volunteers, helping to build the houses.”

On a typical weekend, UNC Habitat for Humanity provides nearly 20 volunteers through three shifts at the construction sites. Last semester, the group’s efforts led to a new home for an Aramark employee and his family.

But the home-building process begins with fundraising to buy supplies. Throughout the year, the student organization conducts various fundraisers, with one of the mainstays being the Duke versus UNC Habitat Challenge, which started more than five years ago.

“A few years back, the Duke Habitat and UNC Habitat teams decided to partner up in an ironic move to capitalize on the friendly rivalry that exists between our two schools,” said Molly Bruce, co-chair of UNC Habitat for Humanity. “The goal of the challenge is to make a fundraising push between the home and away Duke-UNC games, all for the benefit of affordable housing. Upon the final buzzer of the second basketball game, whichever Habitat has fundraised the most is the winner of the Duke versus UNC Challenge, bragging rights included.”

The organizations from both universities are teaming up to host various fundraisers that double down on the on-court rivalry with events such as throwing pies at a Duke or Carolina student — just for a good cause.

“We’ve had so much help, with organizations like Mediterranean Deli donating 100 percent of the funds raised at the March 1 benefit night instead of the 20 percent we had negotiated,” Mitchell said. “The whole community is coming together to beat Duke. It’s really fun because we get to interact and have these events to channel our rivalry into a healthy effort that benefits the community. The rivalry never dies.”

Learn more about the Habitat for Humanity organizations in Orange County and Durham.