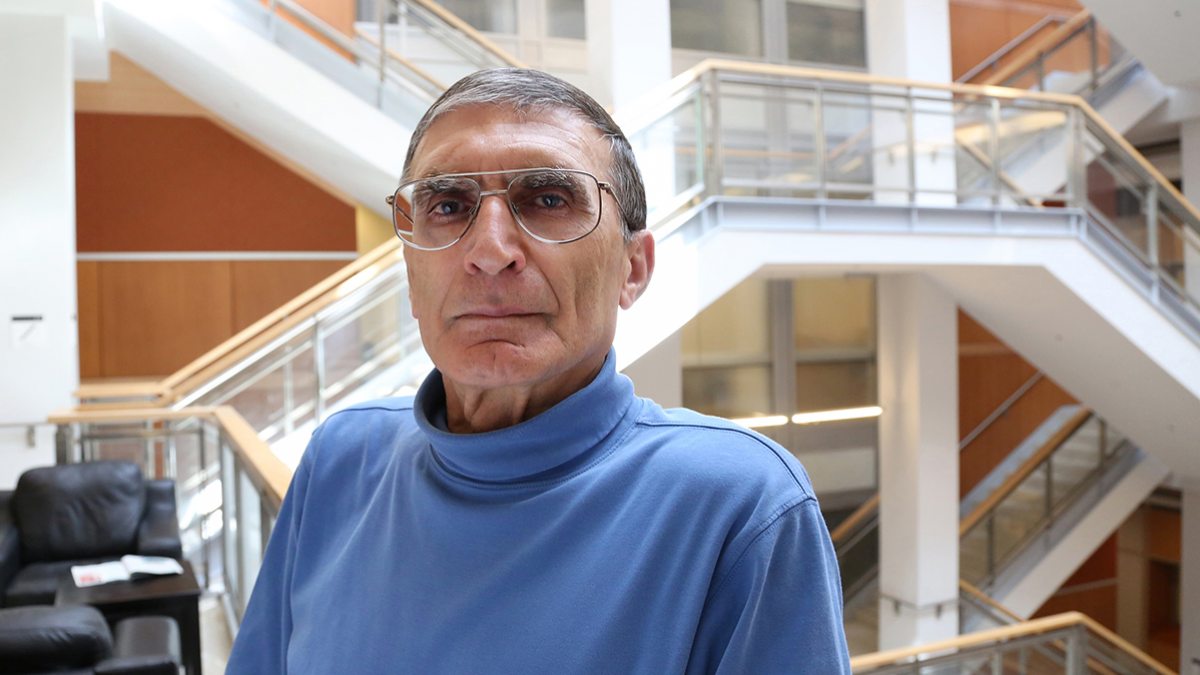 We all have tiny, protein-operated clocks inside our cells that operate based upon the 24-hour day cycle. These circadian clocks are important for the proper biological function of different organs – heart, liver, lungs, brain, skin. Yet, we don’t know exactly how they interact with other basic and crucial biology, such as DNA repair – the process our cells constantly undergo because we are perpetually bombarded with stuff that wrecks DNA. Sunlight, for instance.

The UNC School of Medicine lab of Nobel laureate Aziz Sancar works on these two fronts of circadian clock and DNA repair. Sancar’s lab developed a way to measure the repair of DNA damage caused by cisplatin – a common anti-cancer drug. And for the first time, his lab measured DNA repair after cisplatin treatment over the course of an entire 24-hour circadian cycle throughout an entire genome of a mammal.

Published in the Proceedings of the National Academy of Sciences, the researchers found what sites in the genome were repaired, what specific genes were repaired, and when.

“We found there are close to 2,000 genes, different parts of which are repaired at different times of day, depending on the gene,” said Sancar, senior author and the Sarah Graham Kenan Distinguished Professor of Biochemistry and Biophysics. “We believe understanding these circadian patterns and kinetics throughout the genome and in various organs will help us discover and develop better treatment regimens for people with cancer.”

Cisplatin is a short-term intravenous chemotherapy to treat solid malignancies, including lung cancer, testicular cancer, head and neck cancer, ovarian cancer, lymphomas, bladder cancer, cervical cancer, and germ cell tumors. Used against nearly 50 percent of solid tissue cancers, cisplatin kills cancer cells by binding to particular parts of the cancer cell’s DNA. But cisplatin is toxic to the kidneys, liver, and nervous system – including the brain. These side effects limit the drug’s usefulness.

Researchers are trying to develop cisplatin derivatives with less toxicity. Another approach is chronotherapy – administering treatments according to our biological clocks. Research suggests chronotherapy is important for various conditions, including asthma, epilepsy, and heartburn.

Last year, the National Cancer Institute called for further study of our circadian clocks in relation to specific diseases and treatments. In the past, chronochemotherapy – adjusting chemo treatments to particular times of day to ramp up cancer cell death while decreasing toxic side effects has not been as successful as doctors had hoped. But Sancar said that past chronochemotherapy clinical studies have been empirical – doctors give therapy at various times of day and then observe if patients do better depending on when they receive therapy. These studies have not taken into account when DNA repair occurs, which is a crucial aspect of cancer and normal health.

“Our approach is to understand the precise mechanistic underpinnings of DNA repair and the circadian clock,” said co-author Chris Selby, long-time research instructor in Sancar’s lab. “With this knowledge, we could tailor chemotherapy treatments accordingly.”

Sancar, who is a member of the UNC Lineberger Comprehensive Cancer Center, was one of three scientists who won the 2015 Nobel Prize in Chemistry for showing precisely how DNA is repaired after damage. His work on the nucleotide excision repair system helps explain why we don’t all get skin cancer even though ultraviolet radiation is constantly damaging our DNA. This repair system and others are the reasons our cells stay healthy even while exposed to carcinogens. Nucleotide excision repair is profoundly important and holds clues for creating ways to repair damage due to cancer, to kill cancer without killing healthy cells, and to optimize existing therapies.

To discover how the circadian clock and DNA repair interact, first author Yanyan Yang, PhD, a postdoctoral fellow in the Sancar lab, and colleagues treated mice with cisplatin over a 24-hour period and used a method they developed over several years to measure the repair of DNA damage throughout the genome of a mouse. They pinpointed nearly 2,000 genes that were repaired according to the circadian clock.

In their PNAS paper, they describe how DNA repair after cisplatin treatment affected different parts of these genes – parts involved in transcription and parts that weren’t involved. During transcription, part of the double-helix DNA molecule creates a single-stranded RNA molecule that will either serve a crucial biological function in a cell or undergo an additional step to produce a protein, which will serve an important cellular function.

Knowing how and when normal cells in various organs undergo DNA repair would help doctors understand the best times to administer drugs. For instance, cisplatin interferes with gene transcription to prevent cell division and growth. Ideally, it leads to cancer cell death.

“Our work suggests it could be best to give cisplatin to patients when their normal cell DNA repair is at its zenith,” Sancar said. “Right now, we are still learning the basic mechanisms of DNA repair in relation to the circadian clock. But we think understanding the precise ways our circadian clocks work is key to slowing the progression of cancer. And we think it’s possible to harness the power of chemotherapy while decreasing toxic side effects.”