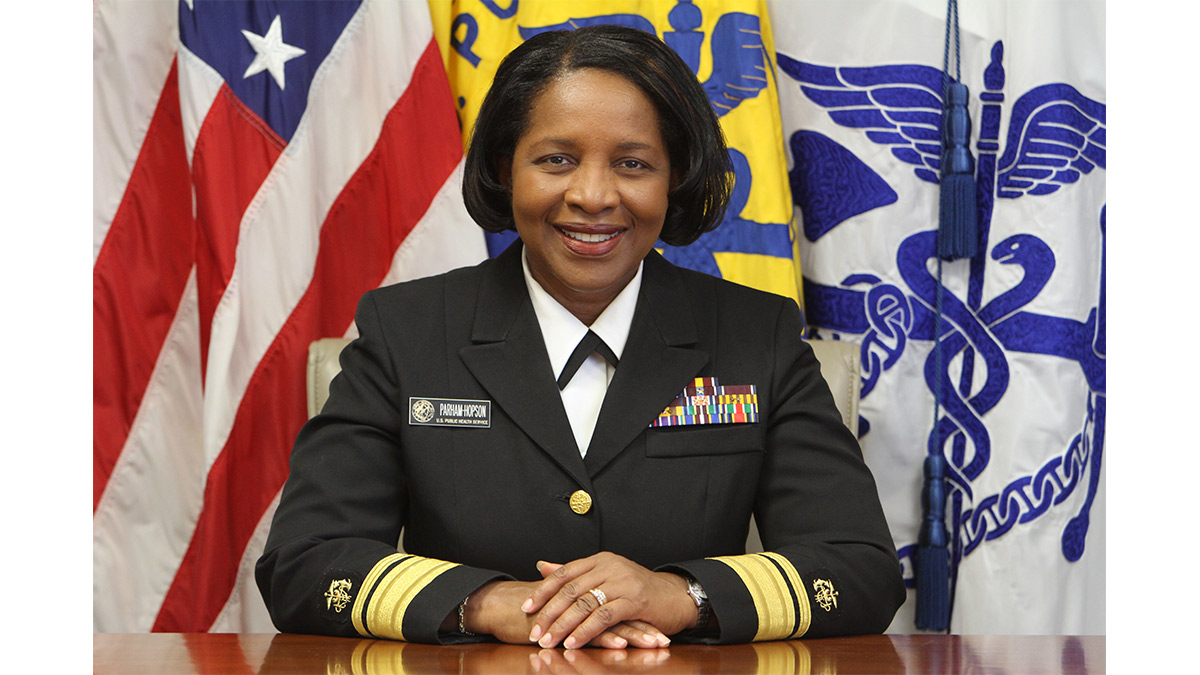 Rear Adm. Deborah Parham Hopson has said that coming to Carolina was one of the best decisions she has ever made.

While earning a master’s degree at the UNC Gillings School of Global Public Health, the registered nurse decided on a new career path, forgoing her plans to one day run a health center so that she could instead focus on influencing health policy at a high level.

In 1984, she joined the Commissioned Corps of the U.S. Public Health Service. Her career there was lengthy and she went on to become an assistant surgeon general at USPHS and the first African-American nurse to achieve rear admiral rank at USPHS.

Parham Hopson, who also earned a Ph.D. at the Gillings School, is known to many for her work on the Ryan White HIV/AIDS Program. Her introduction to HIV and AIDS came in the early 1990s, when she worked with a volunteer service organization to raise money for Grandma’s House, a home for babies born to mothers living with AIDS.

“That was in the early 1990s, when people didn’t quite know how HIV was transmitted and didn’t know whether you might catch AIDS by holding and loving these children,” Parham Hopson said in 2008. “But when I started working with babies, it became more than an intellectual discussion. These were real people living and dying with AIDS.”

For 11 years, Parham Hopson was the director of Health Resources and Services Administration’s HIV/AIDS Bureau. She was responsible for managing the $2.4 billion Ryan White HIV/AIDS Program, which provides funds to cities, states and other local community-based organizations for a system of care that includes primary medical care and essential support services for people living with HIV who are uninsured or underinsured. The program serves over a half a million people living with HIV in the United States and U.S. territories.

Parham Hopson retired from federal service in 2018. At that time, she was HRSA’s senior health adviser, providing expert guidance on national and global public health issues, programs, policies and initiatives, with a particular emphasis on HIV/AIDS in the U.S., Africa, Asia and the Caribbean. She is now a senior vice president at The MayaTech Corporation.

Carolina awarded Parham Hopson with a Distinguished Alumna Award in 2012.