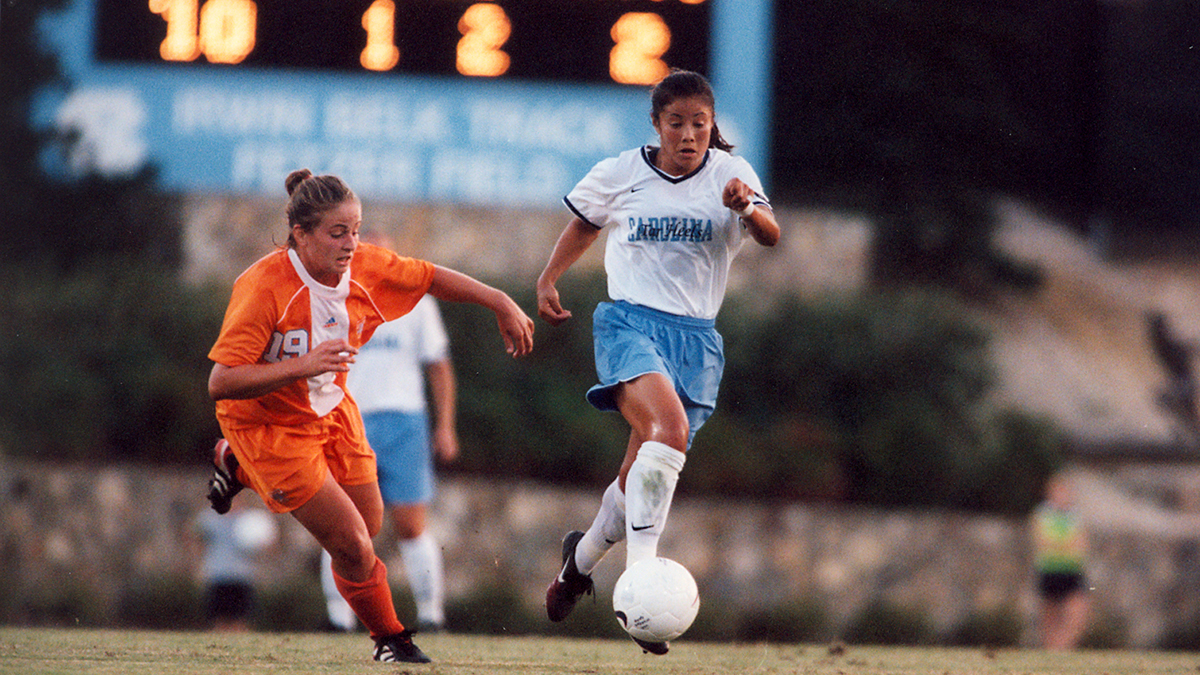 As an undergraduate student at Carolina, Lorrie Fair Allen helped the women’s soccer team to national championships in 1996, 1997 and 1999. During the same period of time, Allen was succeeding on the field globally, becoming a FIFA World Cup champion and an Olympic silver medalist in 2000.

These days, Allen, a mother of two boys under the age of five, works as a program director for the Charlize Theron Africa Outreach Project and volunteers as a sports envoy for the U.S. Department of State.

Her dual passion of soccer and advocacy began to take root when she arrived at Chapel Hill. The women’s soccer program is special, and one of coach Anson Dorrance’s goals is to build leaders, Allen said in a 2018 interview. “His biggest hope is that that extends beyond the soccer field.”

As a State Department sports envoy since 2008, Allen works to support the embassies’ diplomatic missions abroad by connecting with people from diverse cultures using a shared love for soccer. Allen also led a six-month expedition beginning in London and ending in Johannesburg, South Africa, for the start of the 2010 FIFA World Cup as part of the organization, Kickabout, which she co-founded and self-funded.

At the Charlize Theron Africa Outreach Project, Allen spearheads the foundation’s grantmaking. She seeks out and identifies community-based organizations in Southern Africa that engage young people to keep themselves and their peers safe from HIV and helps them apply for grants to support them in accomplishing their goals.

In 2016, Allen became a Carolina student once again, pursuing an online master’s degree in public administration through the School of Government. The program, she said, will help her be better at her job.

She’s excited about the program for another reason, too.

“I get to be a double Tar Heel!” Allen said. “I think anyone who comes here knows there is something pretty special about this place.”