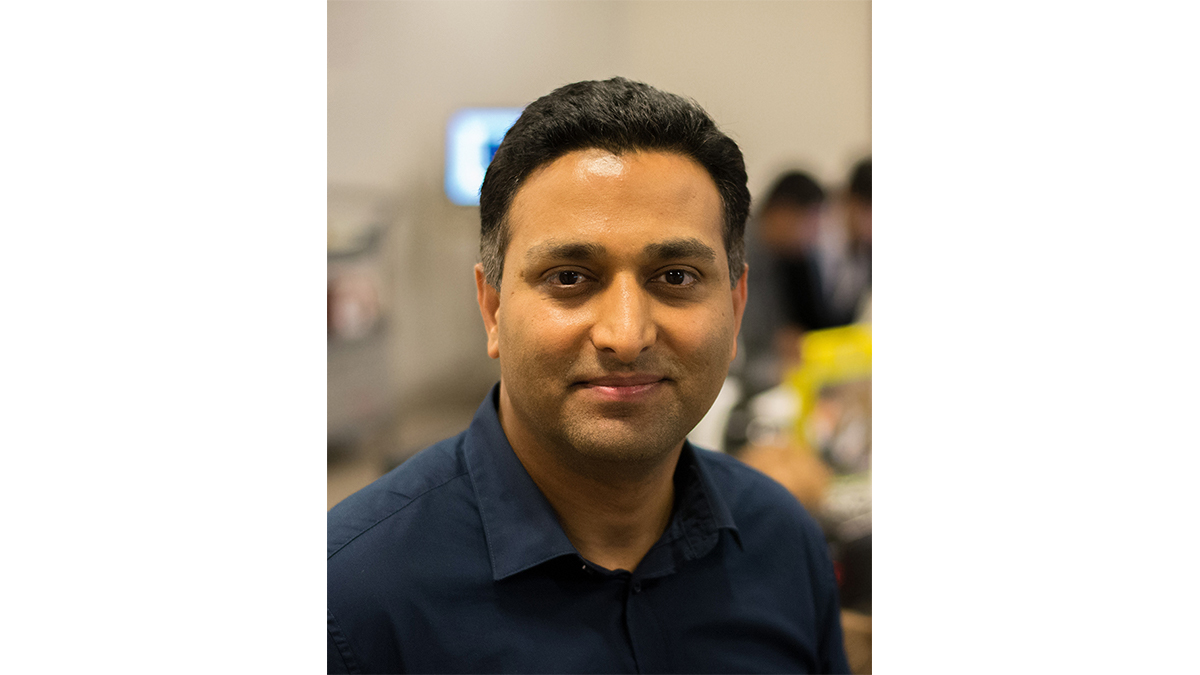 Ramesh Raskar, who co-invented a camera to “see around corners,” portable eye testing devices that are used in 90-plus countries worldwide and a method for “reading” through closed books, will give the keynote address at the University of North Carolina at Chapel Hill 2019 Doctoral Hooding Ceremony.

The Doctoral Hooding Ceremony recognizes graduate students receiving their doctoral degrees and is scheduled for May 11 at 9 a.m. at the Dean E. Smith Center.

During the Doctoral Hooding Ceremony, each participating doctoral graduate will be called to the stage and have the hood of the commencement regalia conferred by their adviser or dissertation committee chair. The Graduate School will also present the Faculty Award for Excellence in Doctoral Mentoring.

After receiving his doctoral degree, Raskar conducted research at Mitsubishi Electric Research Lab, where he invented new forms of augmented reality using projectors and spawned work in the new field of computational photography. He then joined the Massachusetts Institute of Technology in 2008. He founded and now directs the Camera Culture research group at the MIT Media Lab, where he is an associate professor within the Media Arts and Sciences graduate program.

“Ramesh epitomizes the commitment we see in our doctoral graduates – to meaningfully contribute to the world in a way that’s innovative and creative, to advance ideas beyond existing boundaries, and to connect and collaborate across disciplines to find solutions to global problems,” said Hoi Ning Ngai, associate dean for student affairs within the Graduate School.

“Through his research in technology, he’s been able to make the impossible possible, in a way that’s accessible to the public and inspiring to the next generation of inventors.”

Among his research team’s inventions is a form of photography, called Femto Photography, which is able to see around corners and beyond the line of sight based on an ultrafast camera and laser. The camera captures the light that bounces around the corner at the equivalent of approximately 1 trillion frames per second. An algorithm then processes the data to produce the 3D reconstruction of the hidden scene. Potential applications include medical imaging, autonomous vehicle navigation, and fire and rescue operations.

“There are 300 million people in India who need glasses but don’t have them, so my group at MIT Media Lab invented a very new solution called EyeNetra,” Raskar said in a 2014 TEDx Talk. At the time, the innovation, which calculated a personalized eyeglass prescription for each user, snapped onto a pair of binoculars. Since then, the technology has further advanced and can be snapped onto a mobile phone. This is now a venture-backed company, called EyeNetra. Related portable technology (eyeSelfie) can now diagnose glaucoma, macular degeneration and diabetic retinopathy.

Numerous national and international organizations have honored Raskar for co-creating innovations with global impact. In 2016, he received the $500,000 Lemelson-MIT Prize, recognizing inventors whose ideas have significant value to society. The prize was used to launch REDX.io, a platform for young inventors to co-innovate and work toward solving global challenges. In 2017, he received the ACM SIGGRAPH Computer Graphics Achievement Award, one of the world’s highest honors in computer graphics.