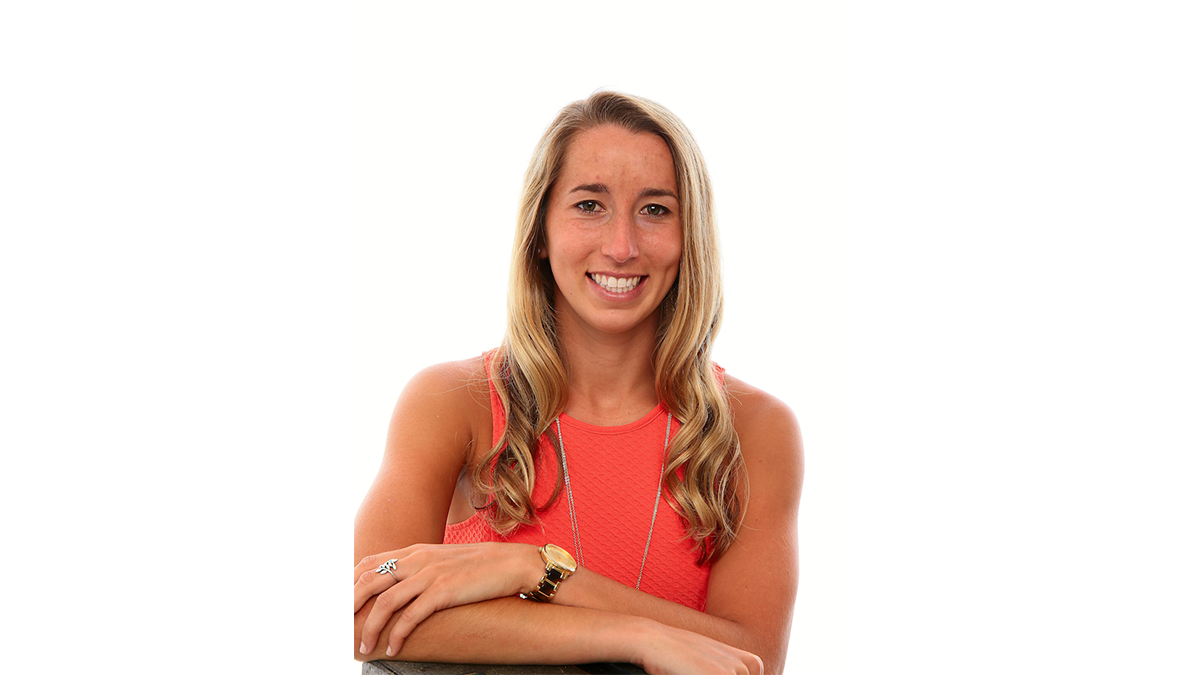 University of North Carolina at Chapel Hill alumna Kelly McFarlane has been awarded a Knight-Hennessy Scholarship, which fully funds graduate-level work in any field at Stanford University. McFarlane is one of 68 scholars in the program’s second cohort selected from over 4,400 applicants from around the world.

“At Carolina, Kelly inspired everyone she met by her example of selfless service, academic success and athletic performance. She was the perfect example of a team player, ranging from NCAA soccer fields to working with underrepresented high school students,” said Interim Chancellor Kevin M. Guskiewicz. “It’s wonderful to see Kelly selected for this scholarship program. Thanks to this opportunity — combined with her entrepreneurial drive and dedication to helping others — I have no doubt we will continue to hear about Kelly’s accomplishments that are focused on changing and improving our world.”

McFarlane, 26, is the daughter of Craig and Marilou McFarlane and is from Mill Valley, California. She graduated in 2014 with a bachelor’s degree in public health from the health policy and management department and a chemistry minor.

McFarlane was a member of the Order of the Golden Fleece, the highest honorary society at UNC-Chapel Hill. She also volunteered with Carolina Outreach as team representative for the UNC Athletics’ community service organization.

A gifted athlete, McFarlane was a women’s varsity soccer team member and team captain her senior year. She won the Atlantic Coast Conference’s Weaver-James-Corrigan Award, a postgraduate scholarship awarded by the ACC to student-athletes from each member school who have performed with distinction in both the classroom and their respective sport, while also demonstrating exemplary conduct in the community.

After graduating, McFarlane played professional soccer for the Houston Dash before joining Huron Consulting Group Inc. in San Francisco as a health care analyst. She was admitted to Harvard Medical School in 2016, where she has been co-president of the Association of Women Surgeons and has worked on clinical and quality improvement research in orthopedics. She has also worked with Crimson Care Collaborative, a student-faculty collaborative practice created to increase access to primary care services in the greater Boston area. She will take time out from her studies at Harvard to begin pursuing her MBA as a Knight-Hennessy Scholar this fall.

“I am honored to have been selected to be a Knight-Hennessy Scholar,” McFarlane said. “Challenging myself to think differently, push boundaries and leave my comfort zone are things I learned at UNC-Chapel Hill, and the Knight-Hennessy Scholars program at Stanford fosters this growth by providing an incredible opportunity to work with and learn from a diverse class of scholars from all over the world. I am so grateful for my time at Carolina and all the wonderful professors, coaches, mentors, teammates and friends who made a lasting impact on my life.”

The Knight-Hennessy Scholars Program is named for Philip H. Knight, a Stanford alumnus and co-founder of Nike Inc., and Stanford’s 10th president, John L. Hennessy. With a $750 million endowment, the Knight-Hennessy Scholars program is the largest fully endowed graduate fellowship in the world. The program is designed to build a multidisciplinary community of Stanford graduate students dedicated to finding creative solutions to the world’s greatest challenges. In addition to fully funding scholars’ tuition and living expenses, it also offers leadership development, individualized mentorship and experiential learning opportunities.

Professor Inger Brodey, director of the Office of Distinguished Scholarships, said, “We are so pleased that Kelly will be the second Carolina student to win the Knight-Hennessy. She will join Sasha Seymore, a member of the inaugural Knight-Hennessy cohort. Kelly is an exemplary scholar-athlete and citizen. She represents the many kinds of excellence to be found at Carolina.”

Keep Reading Of minds and makers