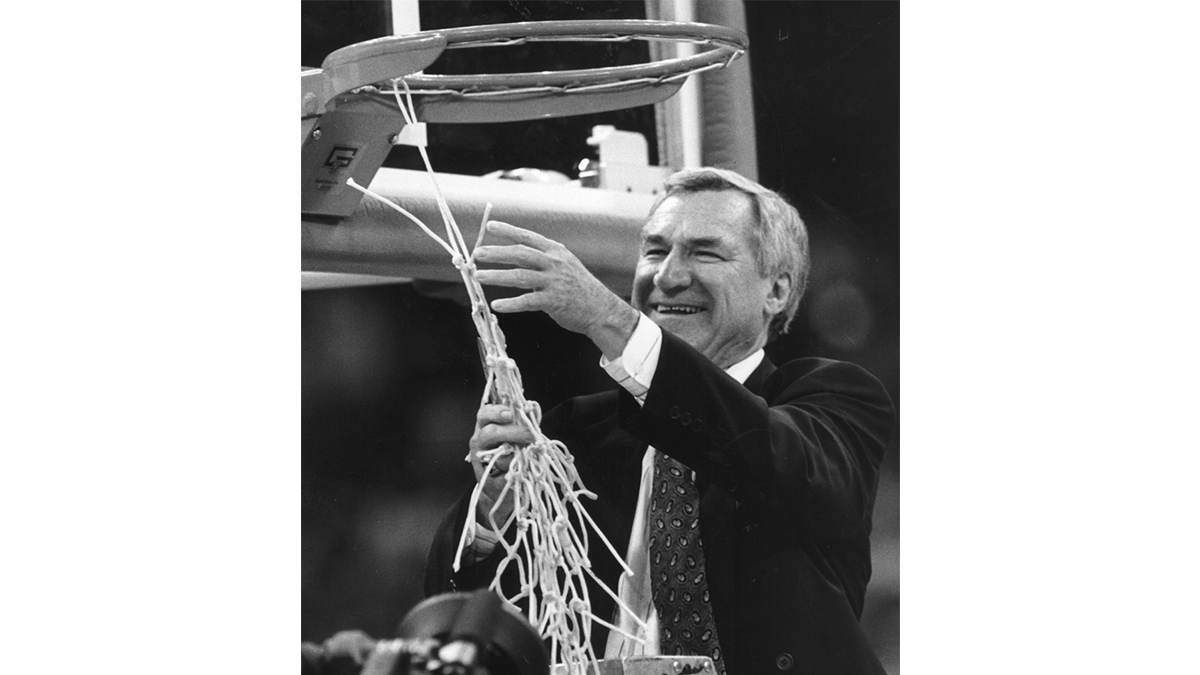 When the men’s basketball team won the national championship in 1982, a welcome-home celebration was held at Kenan Stadium. This was supposed to be the crowning moment of Dean Smith’s career. He had just won the national title that had eluded him on six previous trips to the Final Four with the Tar Heels.

But after all the players and coaches filed onto the field where they were greeted with roars from Tar Heel fans who packed one whole side of the stands, one person was absent: Dean Smith. He was at home with his kids, taking a walk with his 3-year-old daughter, Kristen. The celebration “should be for players, not coaches,” he wrote in “A Coach’s Life.”

Smith, who died in 2015, coached the Tar Heels from 1961-1997 and retired as the winningest coach in college basketball. He led the Tar Heels to national championships in 1982 and 1993, to 13 ACC Tournament titles, 11 Final Fours and an NIT championship. Smith also directed the U.S. Olympic team to a gold medal at the 1976 Summer Games.

The Hall of Fame coach even changed the game of basketball. The four corners offense popularized by Smith led to the institution of the shot clock, for example.

ESPN’s SportsCentury program selected Smith, the Kansas native who also won a national championship as a player at the University of Kansas, as one of the seven greatest coaches of the 20th century.

“He was the greatest there ever was on the court,” said current men’s basketball coach Roy Williams in 2015, “but far, far better off the court with people. His concern for people will be the legacy I remember most.”

That concern for people compelled Smith to change more than just the game of basketball, which is exemplified in his recruitment of Charles Scott, the first black scholarship athlete at Carolina, and it led President Barack Obama to honor Smith with the Presidential Medal of Freedom, the nation’s highest civilian honor, in 2013.

And that concern for people lingered even after his death. In his will, Smith gave a $200 check to each of his former varsity lettermen to “enjoy a dinner out compliments of Coach Smith.”