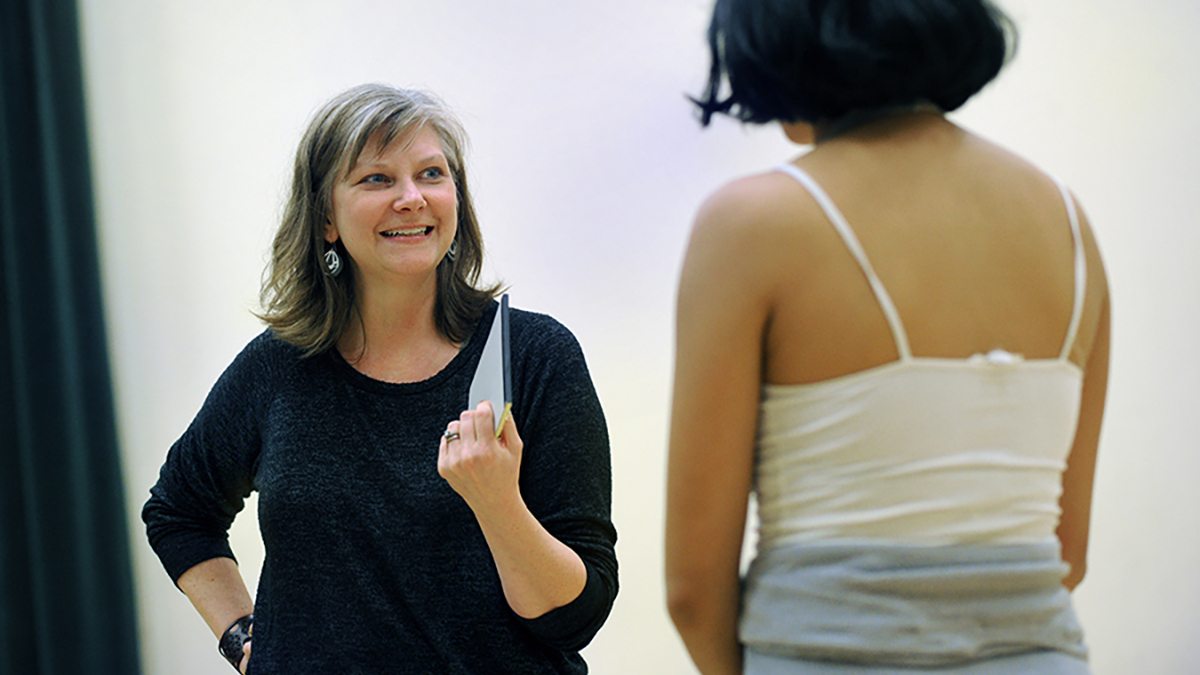 UNC Process Series producer Heather Tatreau is careful in her characterization of the 100th anniversary of the 19th Amendment. She calls 2020 a milestone year, not a celebration, because “it wasn’t a celebration for everyone.”

On Aug. 18, 1920, Tennessee became the last of the 36 states needed to ratify the amendment, which gave women the right to vote.

But North Carolina did not ratify the amendment until more than 50 years later, in 1971.

The ratification of the amendment also meant different things for black and white women. Suffragists, who should have been working for the same cause, were often pitted against each other across color lines. The National American Woman Suffrage Association banned black women from attending their conventions; in suffrage parades, black women often had to march separately.

Four faculty performances that combine humanities scholarship and artistic expression will examine this complex history Feb. 27 and 28 in the 19th Amendment Project, part of the Process Series. The series is dedicated to the development of new and significant works in the performing arts. It features a closing talk-back session moderated by artistic director Joseph Megel, where the audience is invited into the creative process and can give feedback to the artists.

“We are looking at the complicated history of the 19th Amendment,” Tatreau said. “In projects that cross disciplines, we are examining: What are the implications for today? How can we learn from this and bring it to the forefront of people’s attention?”

This dance-theater piece will use language, images and movement to investigate how women in politics have been characterized for the past 100 years, from anti-suffragist propaganda to how current female politicians are portrayed as “medusas in the media.”

Tatreau, a choreographer, dancer and teaching assistant professor in the department of exercise and sport science, is teaming up with Tracy Bersley, a choreographer, movement coach for PlayMakers Repertory Company and assistant professor in the department of dramatic art, to create “The Debate,” which will feature student performers.

“If we throw out some words and images to the audience, are they going to know it’s from today or 100 years ago? And what does that say? How problematic is that?” Tatreau said. Although the two faculty members know each other as colleagues, it’s the first time they will collaborate on a project.

Tatreau said her work almost always has a “feminist lean to it,” because “as a woman and a mom, it informs my world view.”

“I have a lot to say about that, and it’s not always a comfortable place to be,” she said. “I like putting those uncomfortable moments on stage. I feel a responsibility as an artist to use my platform for social awareness — and maybe even change.”

Jacqueline Lawton’s play exposes the racial divide of the 19th Amendment by following an interracial family where all of the women are fighting for suffrage, but they are not on the same page.

In 1920, while many in North Carolina favored granting women the right to vote, there was fear that the 19th Amendment would open the doors to greater rights for the state’s black citizens.

Lawton is a playwright, dramaturg for PlayMakers Repertory Company and assistant professor in the department of dramatic art. XIX is commissioned by the North Carolina Women’s Theatre Festival in partnership with the North Carolina League of Women Voters and will have its full premiere in October.

Adelaide, a black suffragist from the Hayti community in Durham, marries into the wealthy, white Germaine family. Adelaide learns that her fellow suffragists, her mother- and sister-in-law, have been working quietly to undermine her efforts. In the aftermath of this betrayal, Adelaide must choose between her marriage and her activism. This excerpt from the play will also feature student performers.

“The play takes place on theday that North Carolina makes the decision not to ratify the vote. The women are getting ready to go to the steps of the capital in Raleigh,” said Lawton, who used 1920 digitized editions of The Crisis, the official publication of the NAACP, in her research. “Black women also knew — no matter the decision — that it was going to be a fight the next day.”

Lawton said she writes to make sense of the world, and that as a teacher, she is comfortable with having conversations about racism and sexism. Theater can be a great place for exploring difficult topics.

“In the world of the play, there’s that human-to-human connection, and we can come together as people who may think differently and have conversations about it,” she said. “In 2020, it’s great to be able to write plays centered around women, and specifically around black women and politics, in the place where I live.”

It’s been a busy spring semester for LaToya Lain, an assistant professor in the department of music, who in between teaching classes and working on her Process Series project, was flying back and forth to New York City, where she made her debut at the Metropolitan Opera in Porgy and Bess.

As a member of the voice faculty, Lain focuses her research on the study and performance practice of Negro spirituals. Her one-woman song and spoken narrative piece, Sojourner Truth, focuses on the life of the black abolitionist and suffragist.

Like many of her fellow Process Series participants, Lain said she considers herself a teaching artist, who “has always been interested in how to weave music and education so that it’s not just entertainment.”

Sojourner Truth was selected from hundreds of applicants to be a featured lecture-recital presentation at the 2020 College Music Society Mid-Atlantic Conference in March.

Lain said it’s important to reflect on the themes of the 19th Amendment so that people don’t become complacent.

“People may not realize we are still dealing with voter suppression in the black community,” she said. “History is repeating itself, so it’s important to talk about these things.”

That’s where art can be transformative, she added.

“When people say music is the universal language, it’s really true. Music opens the door and it opens your heart so you can be in tune with what’s being said. I can read you the 19th Amendment or I can sing it on a high ‘A!’” she said, laughing.

The audience will experience the whir of two projectors, an electronic soundtrack, laser-etched and 16 mm color-filtered film and educational archival film footage loops — all controlled live by the two performers as they explore the past and present struggles of women seeking to achieve political empowerment through the Equal Rights Amendment.

The performance can change in the moment, as Gruffat and Brown weave individual pieces of film through the projectors. Rather than being silent actors hidden away in a theater booth, the projectors and projectionists take center stage. Gruffat used the BeAM makerspace to create laser etchings and color filter gels for the film.

“We’re not just using nostalgic, antiquated technologies,” Brown said. The final product is layered and complicated, much like the topic they are exploring. “It’s about taking a look at how we can refresh it and make it relevant today.”

The duo said they value the risk-taking, experimental nature of the Process Series.

For Gruffat, who often works in video and animation, the performance aspect of the project has been interesting. The film changes as it is manipulated over and over again in a way that digital media does not. Then there’s the fact that she and Brown will be carefully watched by the audience, too, as actors in the process.

“Film scratches in a way that marks the passage of time. During the number of times that we feed it through the projector, it becomes worn, whereas digital always looks brand new,” she said. “And as a visual artist, 90% of my work is notabout performance.”

Tatreau is planting the seed for developing an annual series that highlights interdisciplinary faculty artistic projects. There is already a commitment from the Institute for the Arts and Humanities and Arts Everywhere for support of a 2020-2021 faculty performance series as part of the Process Series.

“There have not been outlets in the past for us to come together around a central theme and workshop with one another as we develop performance pieces for the stage,” she said. “It is clear to me that this group of artists is hungry for such an opportunity.”