In 2020, Renée Alexander Craft, associate professor in the College of Arts & Sciences’ communication department, argued in a written piece that Juneteenth should be named a federal holiday. Working with Craft, who co-directs the UNC Student Learning to Advance Truth and Equity (SLATE), The Well adapted her earlier article into the following Q & A. 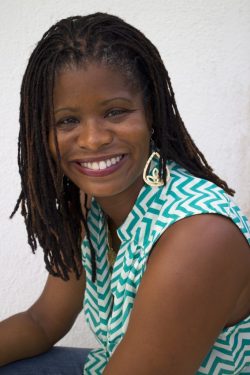 Juneteenth commemorates June 19, 1865, the date on which enslaved people in Galveston, Texas, finally received the news they were free. This was two years after President Abraham Lincoln’s Emancipation Proclamation, one year after the Senate passed the 13th Amendment, abolishing slavery, on April 18, 1864, and six months after it was passed by the House on January 31, 1865.

The history of Black experiences in the U.S. is “justice delayed” and, all too often, “justice denied.” This is not a Black problem. It is an American problem. Consider the events of the last few years, including a global pandemic that is disproportionately impacting Black and Brown communities, a righteous reckoning over policing and its relationship to anti-Black violence, and the toppling and removal of anti-Black monuments from public spaces. These turbulent times serve as a resounding affirmation that the work of Black studies departments, programs, centers and institutes remain as urgent now as it ever has been.

What is your vision for Juneteenth?

MLK Day is a day of service and reflection that focuses on the life and civil rights accomplishments of Rev. Dr. Martin Luther King Jr. Black History month honors African American contributions to the nation and is a designated time to center knowledge that is often marginalized the other 11 months of the year. But these do not explicitly call the nation to collectively celebrate and recommit itself to the project of Black freedom.

Juneteenth ought to be both a federal celebration and an annual reckoning on race that prompts government agencies, as well as private industry, to evaluate the ways in which their policies facilitate or frustrate Black experiences of equity and inclusion.

On this one-year anniversary of Juneteenth commemorations being elevated to the status of federal holiday, I wonder anew: What would it mean to give a national mandate to close banks and post offices, to halt regular business practices and to fill parks and city streets (honoring COVID-19 protective measures) with celebrations marking the much-delayed but greatly celebrated news that slavery had finally ended? What would it mean for the nation to collectively celebrate Black liberation? What would it mean to our shared American experience for white people, even in predominantly white spaces, to celebrate Black freedom?

What advice do you have for the Carolina community in the days leading up to Juneteenth?

We the people make this nation better for all of us when we unite in our demands for progress. Our collective actions have the power to change policies and shift cultural norms. So, Happy Emancipation Day! Tell your neighbors, tell your coworkers, tell your friends. Then, act in ways to make it true.

The symbolism of the Juneteenth flag

There is an official flag flown during Juneteenth (pictured above). The flag, created in 1997 by activist Ben Haith, founder of the National Juneteenth Celebration Foundation, and Boston-based illustrator Lisa Jeanne Graf, morphed into the current version.

The symbols on the flag represent important elements of Juneteenth: