Members of the Carolina community gathered in Chapel Hill on Nov. 11 to commemorate Veterans Day and pay tribute to those who have served in the United States military.

UNC-Chapel Hill ROTC students and University leaders joined local veterans and community and military leaders for the ceremony, which was jointly hosted by the University and Orange County.

“This is the first time that our university and Orange County have come together to celebrate this important day jointly, and it is my honor to be with you,” said Chancellor Kevin M. Guskiewicz. “I want to thank the veterans present and thank you for your service.”

In his remarks, Guskiewicz reflected on how Tar Heel veterans are an integral part of the community and bring their unique experiences to campus to strengthen Carolina.

“Carolina is home to hundreds of student-veterans who served their country before beginning their Tar Heel careers,” he said. “They are a vital part of our university, and I am proud of our recent ranking by the U.S. News & World Report as the 12th best college for veterans.” 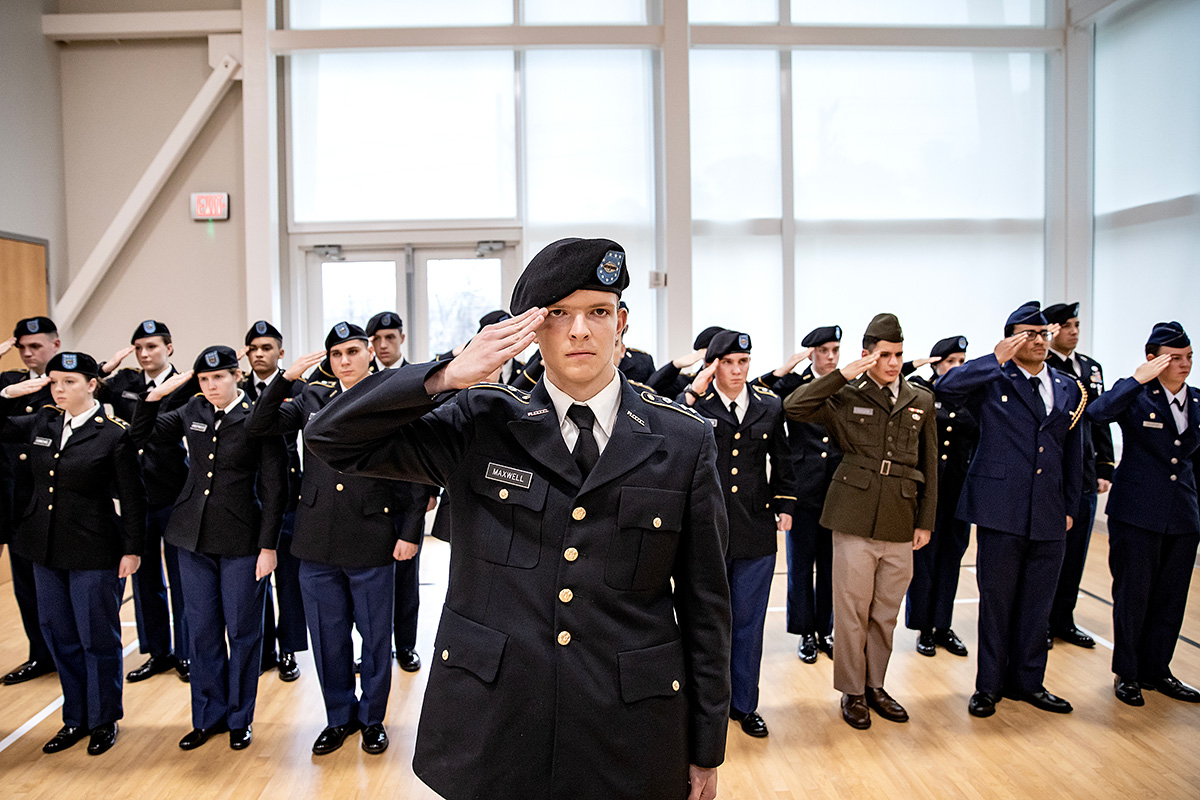 Members of Carolina’s ROTC programs salute during the pledge of allegiance. (Photo by Johnny Andrews/UNC-Chapel Hill)

“Today is a special day in the hearts of many Americans who have served with their brothers and sisters,” Higgins said. “Let’s remember, reflect and be aware of the deep debt of gratitude we owe to Americans we call veterans.”

Higgins also gave Carolina’s ROTC cadets advice as they begin their military careers: “Take your duties, your obligations and your responsibilities seriously, but don’t take yourself seriously.”

In reflecting on the many generations of veterans and future military leaders present for the ceremony, Higgins also reminded those gathered of the service members who died in the line of duty and didn’t return.