A reporter goes wherever the story is — whether that’s just off campus in Carrboro or 6,100 miles away in Israel.

As part of the Documenting the Dig course, 14 School of Media and Journalism students followed one of the University’s biggest global research stories to an archaeological dig site in Huqoq, Israel. The class documented the work of archaeologist Jodi Magness, who is the Kenan Distinguished Professor for Teaching Excellence in Early Judaism in the College of Arts & Sciences. 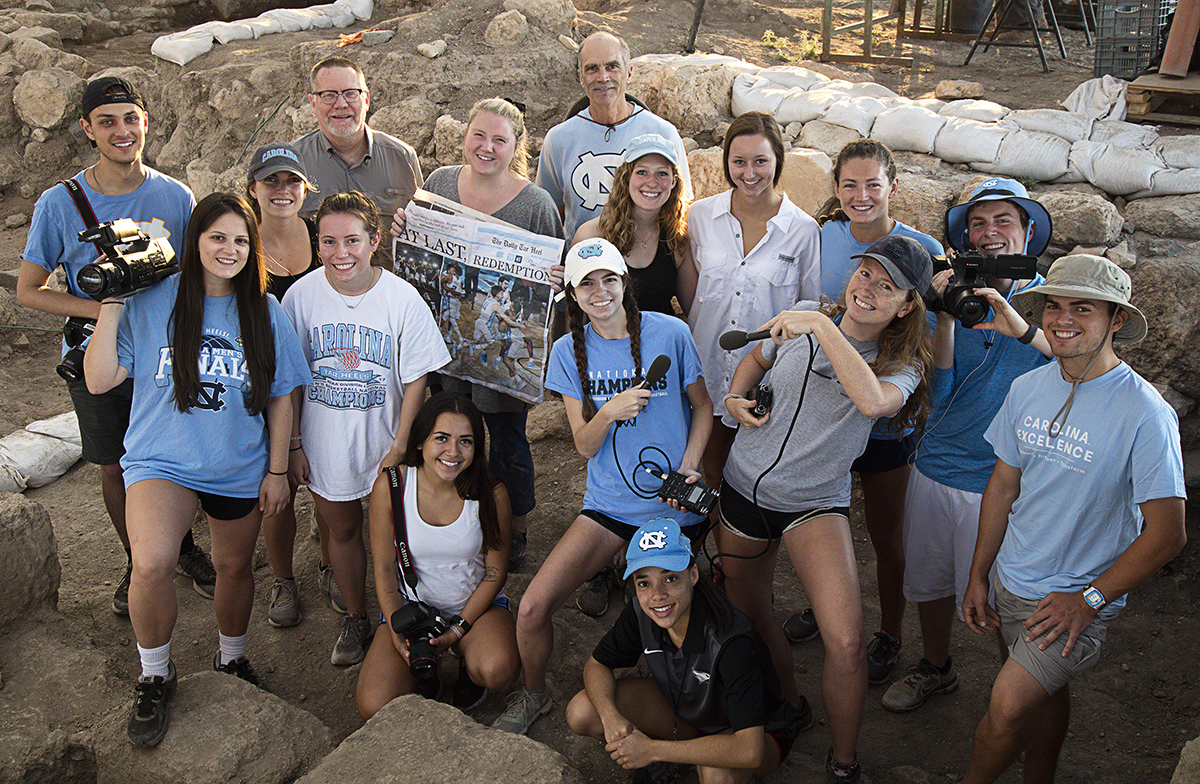 Since 2012, Magness has been conducting a dig in Israel in the Lower Galilee region, discovering unparalleled mosaics adorning what was an ancient Jewish synagogue. The depictions of Biblical stories shed new light on life in this area during the early fifth century.

The 14 students from the School of Media and Journalism filmed and photographed the excavation process to produce news packages that they then pitched to media.

Press the play button above to learn more about the trip.