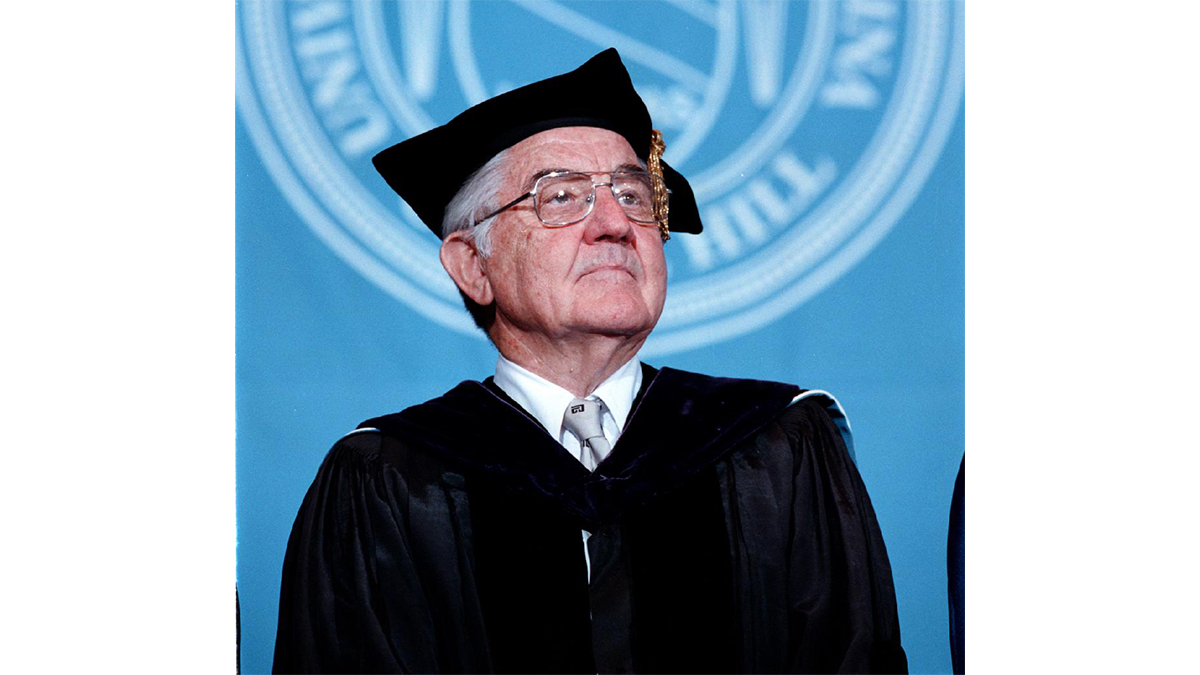 Every year on Oct. 12, the Carolina community comes together to celebrate the University’s birthday. But many longtime residents of North Carolina also recognize the day as an opportunity to celebrate the legacy of beloved campus figure William “Bill” Friday.

Friday, who passed away on University Day 2012 at age 92, served as president of the UNC System for 30 years. In oral histories, Friday remarked that the University of North Carolina was “the beating heart of the state itself” — that serving as UNC System president gave him “the best seat in the house.”

A fierce defender of free speech, civil rights and academic freedom, Friday dedicated his life to serving the people of North Carolina. He is remembered for overseeing the expansion of the UNC System statewide from three campuses to 16, shepherding the system through decades of tumultuous social change.

Friday is also remembered just as much for his character as he is for his accomplishments. Those who knew him commend his humility, courage and love of North Carolina and the UNC System.

Former Chancellor Holden Thorp, addressing an audience assembled for University Day in 2012, said, “Our state has lost one of its most remarkable citizens. His influence on public higher education in North Carolina and across the nation is legendary. As UNC president, he governed and served with passion, integrity and an abiding commitment to justice.”

Friday is also recognized for marshaling the University’s enduring commitment to accessibility for students of all backgrounds. It’s only fitting, then, that Carolina’s continuing education center, the William and Ida Friday Center for Continuing Education, bears his name.

Friday once said: “I like to feel that the real measurement of anyone’s life is whether or not you’ve made a useful difference.”