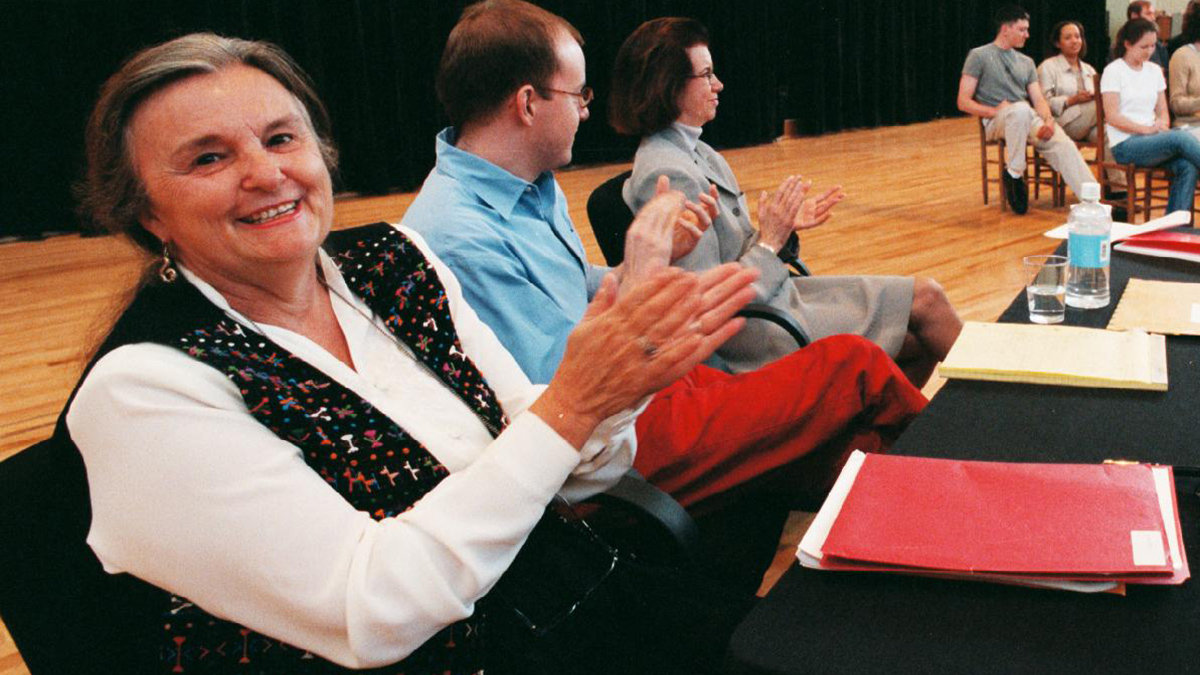 Despite being one of North Carolina’s most decorated writers, Doris Betts was decidedly unfussy.

Betts, a Statesville native, came to Carolina in 1966 as a lecturer in creative writing and advanced to the title of Alumni Distinguished Professor of English in her 35 years of teaching. Though she had no real academic degrees — she left the University of North Carolina at Greensboro after winning a short story contest in Mademoiselle magazine — she earned several honorary degrees throughout the years.

She was also a devout Presbyterian, lived and raised her family on a horse farm in Pittsboro, North Carolina, and, rumor has it, dutifully read her mailman’s unpublished manuscript when he asked.

Betts was full of both love and grit, and she believed that hard work was essential to good writing. Students lined up to register for her classes, and she thoroughly read and edited their manuscripts with the tough love and lessons they needed to grow as writers. Questions, corrections, admonishments and encouragements could all be found crowding the narrow margins of every story she read, written in her slanted, elegant script.

In a tribute to Betts, Michael McFee, a professor in the Department of English, recalled her saying of her students, “My pride in the achievements of every ex-student is nearly parental.”

Betts published six novels and three collections of short stories. “Beasts of the Southern Wild” was a finalist for the 1973 National Book Award, and “Souls Raised From the Dead” was named one of the 20 best books of 1994 by The New York Times. Her story “The Ugliest Pilgrim” was made into a short film, “Violet,” which won an Academy Award in 1981. Other achievements include a Guggenheim Fellowship, three Sir Walter Raleigh Awards and the N.C. Medal for Literature.

Betts never felt her litany of honors should exempt her from more work: she attended fundraisers, led committees, appeared at book clubs and made moving speeches at University events. In 1982, she was the first woman to lead the faculty, and the first endowed professorship in Carolina’s creative writing program bears her name.

In 2012, Betts died from lung cancer at home on her farm. Her funeral drew literary greats and former students to the Presbyterian church in Pittsboro where she had been an elder. That same year, the Doris Betts Papers, with approximately 13,000 items, were acquired by Carolina’s Southern Historical Collection in Wilson Library.