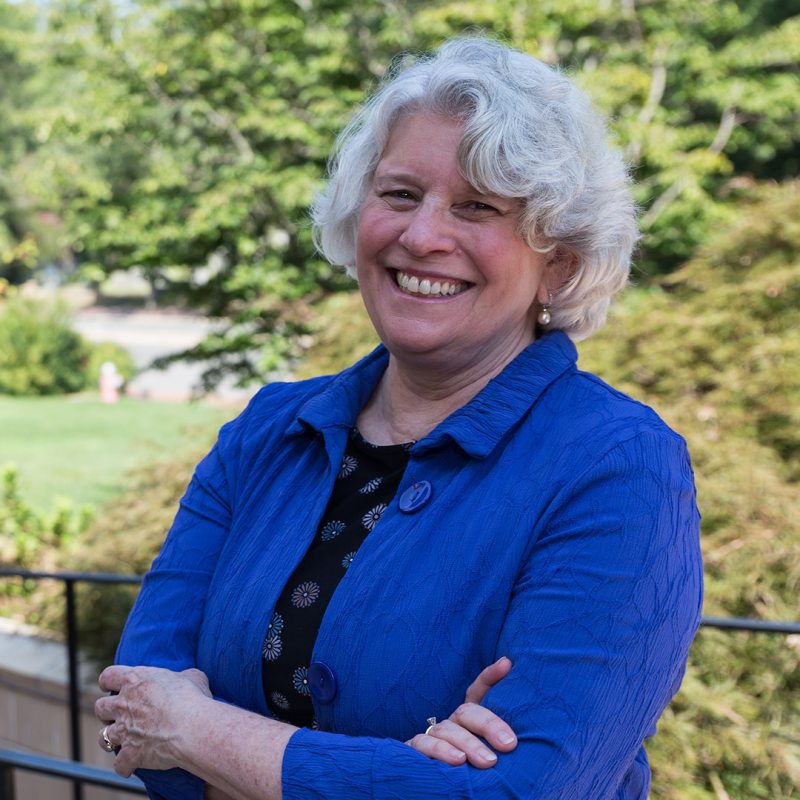 In her distinguished 30-year-career at the UNC School of Government, Professor Frayda Bluestein has worked diligently to extend her local government expertise to all corners of North Carolina. A respected authority on governmental structure and powers, public contracting, conflicts of interest, and transparency laws, her publications and courses on these complex matters have provided the guidance state and local government officials rely on to maintain trust and credibility with the people of North Carolina.

Professor Bluestein joined the faculty of the then-Institute of Government in 1991, where she quickly acquired a reputation as a valued scholar, mentor, colleague, and steward of the law. As a faculty member, she has been the recipient of multiple awards and honors including a term professorship for outstanding junior faculty, a term professorship for teaching excellence, and the inaugural award of the David M. Lawrence Distinguished Professorship. The importance of her work to the State’s local governments has been acknowledged by the North Carolina Bar Association’s Government and Public Service Section, which awarded her the Grainger Barrett Award for Excellence in 2016, and the North Carolina Association of Municipal Attorneys, which established an award in her name.

The important work of government and public law could not go forward without the precision of scholars like Professor Bluestein. She is a true and steadfast public servant whose career has helped bridge the gap between the University and the state it was created to serve. Her work epitomizes President Edward Kidder Graham’s call to make the campus co-extensive with the boundaries of the State.